If you are running Docker on Windows or MacOS, stop the node, copy the bandwidth.db, storage_usage.db, piece_spaced_used.db, reputation.db and heldamount.db to a different location and run the script from there. Running the script on docker nodes on these OS’s while the node is using it could lead to corruption of the database, which will kill the node. Note: Screenshot is from an olver version, layout has changed, but the warnings remain the same
As this last screenshot shows, the calculator keeps track of detailed status. If one of the displayed scores goes over 100%, you will be disqualified or suspended, depending on which score. Vetting progress is also displayed. If any of the displayed scores go over 5%, the status will change to WARNING, signaling that your node needs attention. Under healthy conditions you want to see 0.0% for all scores, which is a perfect score.
Note: This deviates from how scores are displayed on the web dashboard. 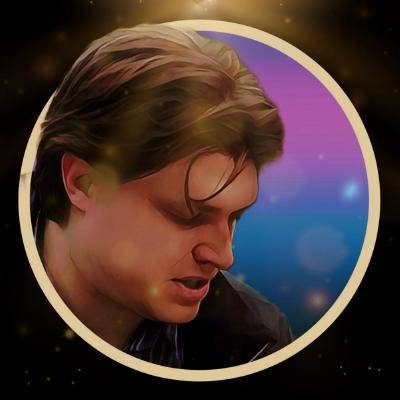 34 Likes
How does "Disk Space Used This Month" work?
December payout
V0.21.1 removes some bandwidth information from dashboard API; please restore
AUG. 11, 2019: All monthly payouts have been completed
Hi, I have a question about uptime and payouts
Check Payments for NODEs on Synology Docker
Changelog v1.21.1
Is it vetted or not?
Как после последнего обновления проверить аудиты и если новый узел прошел верификацию?
Set up a new node, seems to have stopped getting traffic and most storage deleted after 72 hours
Storj Vetting & Operation - Multinode - SingleIP
December 2020: Payout adjustment notification
Не получил двойное вознаграждение
Double payouts are not enough!
Has my node been vetted yet?
Payment missing! PLEASE HELP!
Question about Storj Node
Earnings calculator with Pushbullet notifications
When will Stefan Benten satellite be removed?
Uptime score dropped to zero multiple nodes
Earnings.py script doesn't works
Changelog v1.14.1
Sep/Oct payments have started
Allow display in dashboard if the node is in vetted period
Negative held amount
Ability to see past months data ingress / egress graphs on webdash
Is my Subnet killing me?
Node 2 days working
Unable to gracefully exit (satellite.stefan-benten.de - connection refused)
Storj network bandwidth and storage
Graceful Exit Problem
And how i can make 4 nodes @ one pc?!
Bandwidth utilization comparison thread
Node Dashboard - Payout Information bytesh
"You can get € 400 (440 $ usd) a month, using a 2tb hard drive, giving storj a space of 1tb" - is it real?
Held amount gone ? Suddenly 50 % off on held amount?
Gracefull exit successfully - now Goodbye!
Bandwidth utilization comparison thread
Total Earned lost all my earns
June Payout Information has disappeared
Have I lost reliability at the node or am I penalized?
Held Back Amount
How many node do you have?
Payout feedback
June 10, 2020: May 2020 SNO payouts are complete
June 10, 2020: May 2020 SNO payouts are complete
The easiest way to check how long (since when) SN works?
How old is my node?
Graceful Exit & Query Satellite for Held Amount
Graceful Exit & Query Satellite for Held Amount
Configuración Multinodo
My node is disqualified
New Identity QNAP
When do we get paid after a successful graceful exit?
Help understanding payouts
Windows GUI Reports
Node Dashboard не показывает статистику
Calculation of held amount
April 2020 SNO payouts are complete
Extremely low payout for April
New node : No more data incoming since 05 may 00:00 am CEST (maybe vetting)
Storage Node Information
Total payout 0 for April
April was an interesting month, 2 PB*h and 6 TB ingest
How long has my node been up according to Storj?
Yet another post about earnings. (old user)
Am I out of the game?
March payment drastically low?
March payment drastically low?
Possibible problem with payout?
March payment drastically low?
Possibible problem with payout?
How much can I earn with a 1GBit connection?
Missing Payouts?
Monthly payment receipt for Storage Nodes Operators
Is it possible to use the same wallet address for two different nodes running on different PCs?
Windows node hosting dashboard error
Is there any dashboard I can check that shows the current estimated earnings in order to verify that I am actually properly enroled?
Abysmal Upload Success Rate
Выплаты очень прозрачны
Graceful exit overshoot issue
MAR 10, 2020: Februay SNO payouts are complete
February payouts are coming!
Feb. 5, 2020: Monthly payouts for January, update
SSD or SD Card as Storage?Is the estimate payout option realistic?
Payouts by satellite greatly differ from each other
New to storj using windows10 gui
Helpful Storj Community Tools List
January 5, 2020: All monthly SNO payouts for December are complete
Has my node been vetted yet?
Storagenode had corrupted data in over 400 blocks on the hard-drive storage
[NEW NODE] Windows 10 - How to add more TB to NODE + VPN question
"piecestore protocol: out of space(...)" - action required?
Is there a way to see how much Storj tokens are kept in escrow
How can i Get all downloaded for month or uploaded?
No data in dashboard after migrating to new computer
Any plans for adding ability to check previous months periods stats [GUI]
Is there any way to identify which satellite the payment is from?
My experience with graceful exit
New Operator with some questions
Incorrect calculation of payout
Checking my vetting status, just getting null results?
Can it be that cause of low fees only the outstanding payments are paid of the last months excluded February?
Vanishing dollars
No payouts since December 8th
Large % of US2 satellite moved to trash?
Audit progression
Если я захочу собрать ещё один компьютер и подключить его к Srorj, то нужно снова сгенерировать новую запись?
Vetting - Europe-North-1 | 1 month - 8% | "Fully Vetted"
A couple changes to SNO API
Prometheus Storj-Exporter
Check process of vetting windows GUI
subwolf September 20, 2019, 6:45am #2