This post was flagged by the community and is temporarily hidden.

i think V2 was basically a test, it wasn’t meant to store stuff permanently… it was deleted after a period of some months or something… can’t really remember only operated a V2 node for a couple of months.
so yeah maybe you where misinformed when creating an account, i would guess… but i duno

If storj has already lost my files, how can I trust them? And most importantly - everything was done without warning! I did not follow the forum as a user because I believed in reliability, which is not!

i think V2 was basically a test, it wasn’t meant to store stuff permanently…

If they take money, then let them provide a service. If these were tests, then it should have been free.

@jocelyn, and what do you think about this?

IIRC v2 was supposed to delete the files after 90 days. Maybe someone didn’t read what he signed up for. Also, I can’t imagine that you didn’t get an email before the service shut down.

So do I. But so it happened, an amazing nonsense. I also check the spam folder (letters from the service do not get there) 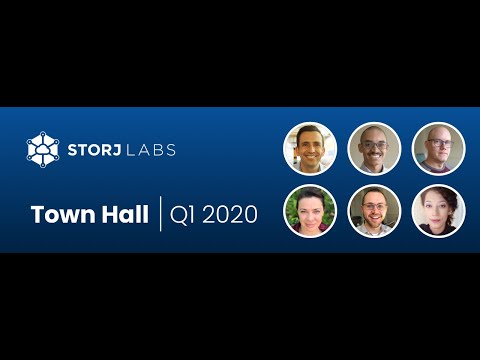 Im sorry you’re frustrated about the since-deprecated 2017 version of the platform Grolag. That was before I joined the company. Let me make 1 gerneal comment and 1 that is specfic to your situation

We dont expect to have another migration, so its not a situation that’s likely to occur again

Hope you’re enjoying the current platform, and that this answer was of some help. I do symapthize with your past frustration, and I hope you wont hold it against us, becuase I think the current offering is pretty great and has proven over the past year that it has stamina

I’m sure we are all sorry that you lost data… hope you managed to recover the most important stuff, else you will remember the 1 2 3 rule next time…
the 90 day thing sounds familiar because i thought to myself that was kinda pointless, but didn’t pay it much mind since it was just for testing and i only was a SNO…

For important data I use: 3 HDD (1 hot+2 cold) in 2 locations + encrypted virtual drives in 3 clouds (yandex+google+mail.ru)

May I ask what your purpose was for posting this? And why now?

As mentioned prior, the V2 platform worked with 90 day storage contracts so data never remained on the platform for more than 90 days. Were you under the impression it was permanent storage?

While I haven’t used V2 as a customer, I’ve read a lot about how it worked and I have especially read a lot about how V3 works now. I can tell you they are not even close to being in the same ballpark. If you’re interested into reading up on that, I recommend the white paper. That’s a lot of text, but it has a really good build up in it starting with general concepts and going into more details as it goes on. That way you can stop reading whenever you’ve learned enough.

In short my conclusion is that V3 is an incredibly robust solution to decentralized storage. The use of erasure codes over simple replication allows for a much higher resiliency and easy repair on the network. The use of parallel transfer makes the transfers a lot faster and there is lots more clever stuff in the V3 platform. It’s also build primarily as permanent storage. You can still use expiration times, but they are now optional and by default data is stored until you remove it.

If your issue is with trust in the company, I can’t help you there, you have to decide that for yourself. But if your issue is the platform itself, I can tell you than any experience with V2 is absolutely not going to be representative for the experience of V3. I think it’s worth to give it a try despite your earlier experience.

Still really curious about that initial question I asked though.

But it’s nice to see that he is trying to be a V3 SNO: Ping and untrusted: unable to get signee: trust
So trust in STORJ can’t be completely gone.

Out of curiosity, why wasn’t the v2 data migrated to the v3 network? 'm sorry for resurrecting an old topic, but wouldn’t this have actually been significantly more beneficial than generating random test data at cost? We could’ve tested v3 with real customer data (as few as there were) from v2.

And in the v4 network can we get some assurances that indeed the data will be migrated.

I doubt there will be. And even if, not for the next couple years.

I did wonder if I’d missed something pretty monumental…

Out of curiosity, why wasn’t the v2 data migrated to the v3 network?

as all data has end to end encryption, it is not posible to migrate data without cliet will download it from v2 and upload it to v3. As i remember in v2 were 90 days contracts, so if cliet wont make something with data 90 days it were deleted. So in the end there were nothing to migrate.

and if its free or cheap to use and one doesn’t have to save the data, then it’s a cheap way to test a network…

pretty sure than already when i joined 3 years ago it was being made pretty clear that the data was getting deleted / temporary, if memory serves it said like 6 months or something like that… and beyond that point might still be stored, but that they wanted to retain the ability to reset the network or something like that within a limited time…

never really dug into all that back then, but i think that was the general information people got about the network, atleast from the SNO’s side.
i cannot say how it was advertised on the tardigrade, nor am i 100% sure… but that’s how i remember it…

i’m sure somebody will know the nitty gritty details from back then… else i’m sure its fairly easily accessible in the wayback machine.

so yeah don’t tell me you wasn’t informed about the data being temporary, because i’m pretty sure i was and it didn’t even interest me at the time and nor does it really now…

This is not correct

This is the right answer:

in v2 were 90 days contracts, so if cliet wont make something with data 90 days it were deleted.