Intro to the Web Dashboard

I made a video to introduce the Web Dashboard. As a new SNO, it took me a while to understand what I was looking at, so I thought maybe I could ease the path for new SNOs. Feedback welcome; if there are errors, I’d like to correct them before too many folks see it! 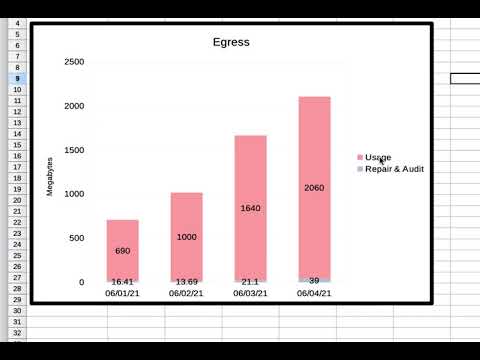 None of these things are major and like I said, I don’t think it requires rerecording. But you may think differently. Anyway, great vid!

Wow, thank you for the detailed and insightful feedback! I think I will re-record, I already did it 2-3 times, and once it’s all set up it’s not to hard to redo. Much appreciated.

I figured you might be one of us perfectionists, it’s a curse really.

Let me know if I can clarify more, I’m happy to help.

Well, I haven’t re-recorded yet. But I wanted to reply on this point: I don’t think the issue is what you suspect. When I recorded the video I had not yet been fully vetted on any of the nodes. (I am now, on saltlake, but only in the last few days.)

Separate point, I’m (mildly) concerned about how long vetting is taking…while that one is complete, the percentages for the others are 35, 33, 30, 6, and 7 (with no movement at all on the 6 and 7 satellites, ap1 and europe-north, in the last week or so). I’m almost six weeks in, so based on what I’ve read I’d expect vetting to be almost complete all around.

I’m curious - am I now drawing from the 95% pool from saltlake, but still confined to the 5% pool for the others? Or do I have to wait to be vetted by all six before shifting to the other pool?

am I now drawing from the 95% pool from saltlake, but still confined to the 5% pool for the others?

I wouldn’t worry, vetting periods vary a little depending on traffic and how many nodes there are in vetting. It also speeds up over time. So most of the satellites are actually quite a bit passed the halfway point with these numbers.

If I calculated correctly, the best approximation is actually:
progress = ln(2x+1)/ln(201)
(don’t ask how I got there…)

I might need to correct this a little for audits that are specifically initiated to target unvetted nodes, depending on how those work. So I may need to tune this is little bit, but I might actually include this formula in the earnings calculator to give a better idea of progress than the raw number of audits.

Edit2: The above needed adjustment, to account for the fact that the percentages of what’s linear vs logarithmic would work for a node with an average amount of data, but of course nodes in vetting have a below average amount. I’ll spare the actual calculation and just say that I used estimates from the earnings estimator combined with the average data stored per node from the new public stats (thanks Storj Labs!) to calculate that a 90%/10% split is more representative. Though we are now stacking estimates on estimates…

This actually feels more accurate to what I’ve seen in the past. And the conclusion remains the same for the most part.

If this is after 6 weeks, I would expect the highest scoring ones to take about 2 weeks more. And the lowest scoring ones maybe 6-8 weeks more. Do report back if that was accurate. As I think showing progress numbers that are linear would be a great improvement in the earnings calculator.

Edit3: Since this is based on some estimates and given that the following gives pretty much the same line (with at most a 2% deviation), I will probably simplify it to the following if I’ll implement it in the earnings calculator.

progress = ln(x+1)/ln(n+1)
With n being the number of required audits.

Which ironically, is where I started this whole story with just a guess on what the curve might be like before I started to complicate things with actual calculations.

Hey @o1eal,
thanks for the nice video, this sure will be helpful to someone!

You proposed to check the cause of any score dropping below 100% which I think creates more panic than neccessary for new SNOs - I’d rather consider being above 97% not concerning at all.

Also when you re-record, you might want to blur out your node ID + wallet address instead of not showing the entire screen. It’s just a bit confusing hearing someone talk about a menu that is out of view

I’ve updated the earnings calculator with non-linear vetting progress. See if that gives you a better indication? And perhaps even more important, alleviates your concerns regarding vetting progress? I’d welcome any feedback in that topic!

Thanks! I posted my results on the script’s page, in case you’d like to compare the old and new for a node presently in the midst of vetting.

As for my “concerns,” I should emphasize, they really are very mild – more curiosity than worry about how long it takes me to start earning ~$9/month

But, I suspect that the strange ratio I have – far more repair data than “regular” data – might mean that my own vetting will take longer. Are audits based on both repair and regular data, or just regular data?

Are audits based on both repair and regular data

Yes, they are based on all data what you have. There is also no difference between customers’ and test data.