I have three nodes about one month old running each on a separate harddrive in my system.

Recently because watchtower would not update my uptime score dropped as they became out of date for over 24h. 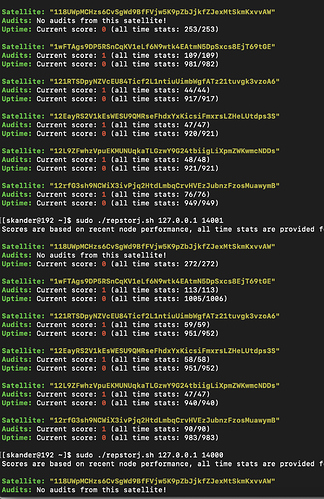 I have two questions:

My watchtower command is:

Could you point to the script you are using? I’m fairly certain this script is looking at the deprecated old uptime score. Not the newly implemented one.

The latest earnings calculator shows the new scores if you want to have a look. They’re likely still at 100% as the system monitors the last 30 days and reports 100% if there haven’t been 30 days yet. I think it was introduced less than 30 days ago, but not entirely sure.