Do Satellites Affect Each Others Bandwidth?

I couldnt find any info on this, but do satellites share bandwidth to a /24 ip like nodes do? You have the same bandwidth no matter the nodes on the IP, but if you graceful exit from 1 satellite, do you just lose that ingress per month, or do the other satellites now have “more bandwidth” to use and will send you more data? Or does each satellite already send you all the data it can?

all sattelites are separate in all matter.

As a design intent or as a real-world result within individual nodes?

“Importantly, a specific Satellite instance does not necessarily constitute one server. A Satellite may be run as a collection of servers and be backed by a horizontally scalable trusted database for higher uptime. Storj operates clusters of Satellites in regions, with all Satellites in a region sharing a multi-region, distributed back end.”

In the future it may become even more decentralized

“Storj will be operating all the Satellites on the network, but because the software we create is open source and the network is decentralized, in the future, anyone will be able to operate a Satellite.” 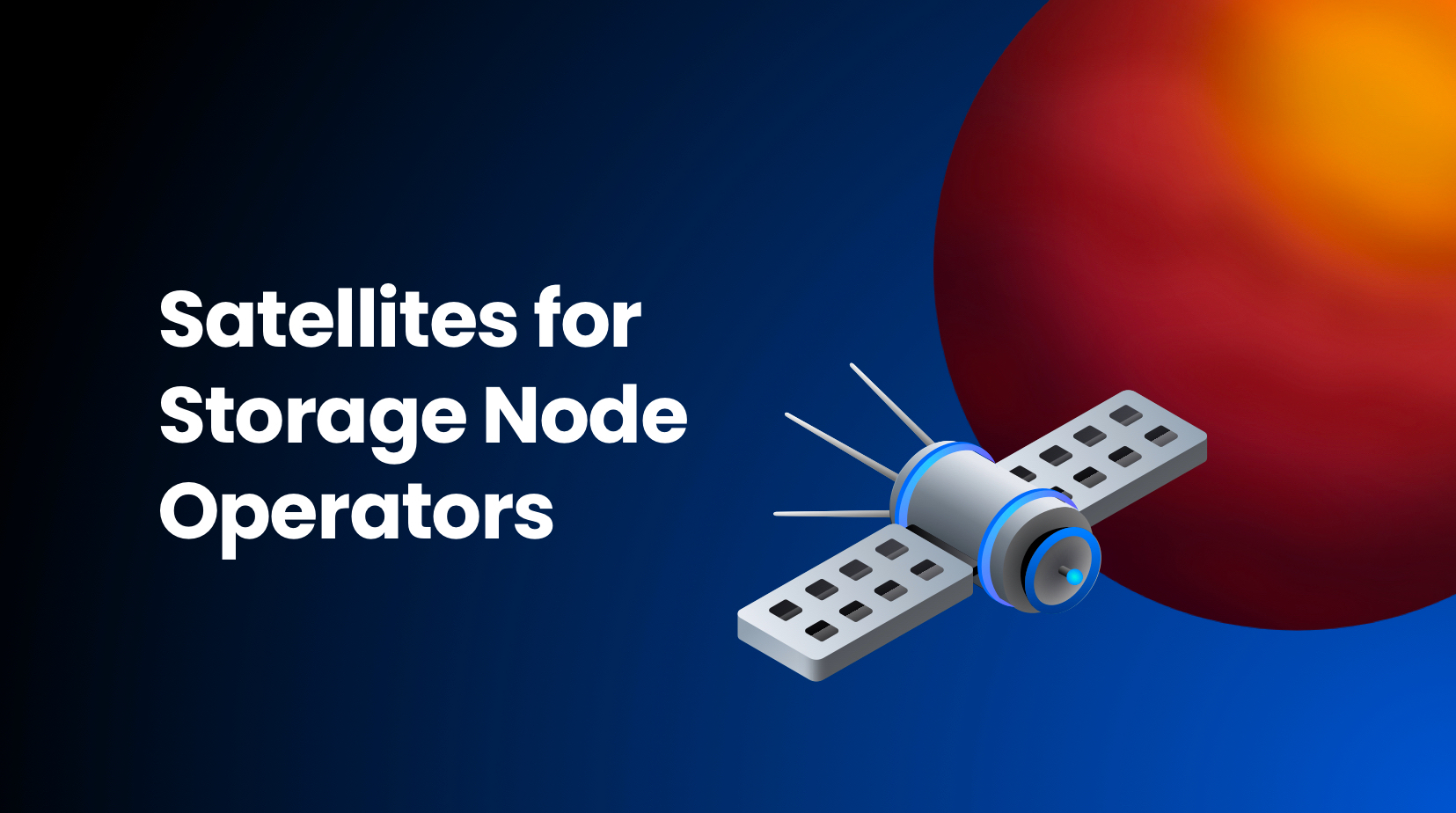 What Storage Node Operators Need to Know About Satellites

Very interesting reads, but no it doesnt really. I guess the answer I want is whether there would be any real-world difference at all in ingress through one satellite depending on if it is the only white-listed satellite for the node or not (without any other bottlenecks). Not that it isnt intended for there to be, but if there actually is any difference. Its fine if this is not known or is untestable, Im just curious.

Thank you for clarifying.
You question has been passed to the team and someone will reach out shortly with an answer.

Thanks! Sorry if it was hard to understand before.

Good question! A node’s likelihood of being selected for a piece upload or download by a satellite doesn’t have anything to do with how many satellites are in that node’s allowlist. So whether a node is configured to talk to one satellite, or five, each individual satellite will treat that node exactly the same way when it comes to node selection.

Thanks for the answer!

Maybe the right question for us, SNOs, is:

Oh I can say thats a fact. Ive already gracefully exited all satellites for my nodes other than US1. It was a massive difference. With the same amount of storage, once I’m full again I’ll approximately double my income. I was just curious if it affects the ingress to the remaining satellite. I exited while drives were full, so I don’t have recent pre-exit ingress data.

but this idea will kill all Storj idea itself, if most SNOs will support only local sattelites then it will be not possible fast download all over the world, it will not be safe as now.

Hi @LrrrAc , The official word is yes it is a reasonable thing to want, there is no way to do it right now and its not very likely to be added in the near future unless the community provides a good PR.

I was told in this thread that having the ability to decide how much data each satellite takes up or your nodes is a reasonable thing to request, and it’s just not on their roadmap. If someone provided a pr this would be a setting within node setup. They seem fine with it.

Also from the above “What Storage Node Operators Need to …” link:

each individual satellite will treat that node exactly the same way when it comes to node selection.

While that is true, nodes with constrained bandwidth may see better performance in winning races against other nodes when only dealing with 1 satellite vs 6. Though I would consider that an edge case. For most connections there will be no difference.

I think there is a benefit to serving only one sat, the one closest to you, because the percentage of engress requests served by you will be higher, you will lose fewer races againt other nodes.

Again this would depend on the connection. If you have a decently fast connection you probably won’t see a significant difference. Furthermore, this really only applies if you have limited HDD space. Otherwise it’s best to just take all data anyway.

Oh I can say thats a fact. Ive already gracefully exited all satellites for my nodes other than US1. It was a massive difference

Since you suggested your node was full before you exited other data, you may be misled by higher income as a result from new data being downloaded at a much higher rate. There is a chance that after your node fills up again, your income will drop to similar levels.

Sure, but this is only an attractive option for a limited set of nodes with limited HDD space available. So I don’t think it’s a concern if a few node operators want to try this.

Since you suggested your node was full before you exited other data, you may be misled by higher income as a result from new data being downloaded at a much higher rate. There is a chance that after your node fills up again, your income will drop to similar levels.

Unless those differences are caused by random chance, having all US1 data will be significantly more profitable for me. Also these numbers have changed over time, but not much.

Was that when the node was full for a while? Or while it was filling up? US1 has seen most ingress recently, so that would skew numbers too

It had been full for 2 months when i graceful exited and the income had been quite stable for 5 months. Also, just did the math on a month while everything was still in the middle of growing and its:

With those numbers in mind, its still enough evidence for me to be confident in my choice. Time will tell however.

**These numbers are from the months earning divided by the months average stored data.

That’s interesting, thanks for sharing. Of course the network is still growing with new use cases, so these things may change. But it’s nice to see a break down anyway.

europe-north-1 halted the egress since October 2021
I think that for all those SNOs who have their disks full and without the possibility to expand, it is a pretty sure bet to drop this satellite.

Yeah, my egress on EN1 started to taper off before I exited that. Good timing I guess.