Ok, this post is to fight against the next requested feature https://forum.storj.io/t/remove-dynamicdns-requirement/6518, at least, to avoid the current way to work to completly disappear.

I can understand that setting up a dynamic dns to let storj network where your node is, is quite work for something that can be detected automatically using the traffic that your node generates when connecting the satellite.
However, can be cases, like mine, that use VPN to encapsulate all outgoing traffic, but incoming traffic is routed back directly, I mean, not via the VPN tunnel (This is a special feature of Synologys devices) 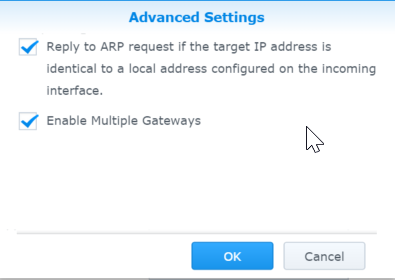 So please, in order to have everybody happy, I just suggest that if the new feature that @kevink requested is implemented, don’t erase the option to specify the fqdn in which your node is.

There are other scenarios, in which not allowing to specify your node FQDN or public IP can be harmfull, for example, in some place where there is dual wan connection, where the network administrator has balanced the outgoing traffic but want’s to have control over the incomming traffic.

Asymmetrical traffic across multiple IP’s would be needed for some setups.