Mirana Ventures, Venture Partner of Bybit and BitDAO, is helping to bootstrap...

Btw, on the discord zkSync announced that first one with the accompanying line: “The first of many!”

Layer 2 scalability solutions play an increasingly important role in expanding transaction throughput and lowering the barrier to entry for the Ethereum ecosystem. In support of this goal, Matter…

Next announcement is planned for monday

Wake me up when some exchange actually supports storj zksync deposits.

Following the strategic investment by Huobi Ventures in Matter Labs’ recent round of funding, Huobi Global is partnering with zkSync, the…

Please note the site Wikibit recently issued a warning about OKEX, describing it as a verified Ponzi scheme. Same goes for Mirana and Huobi, the only two other exchanges listed in this thread. Seems rather troubling, though I’m far from an expert. Interested in what more knowledgeable folks have to say.

(I can’t confirm or corroborate this, I don’t know anything more than this.)

I’m not sure what you saw for Huobi, but they are literally the second highest rated exchange on there. 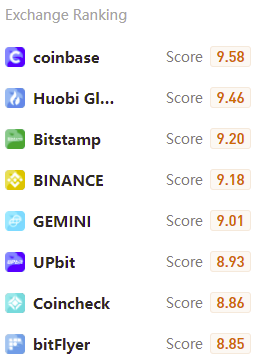 They definitely seem to have a problem with OKEX, but they don’t provide much information as to why. I don’t think it would hurt as much if you just use them to exchange something and send tokens or money to your own wallet or account right away. But it’s probably best to not leave tokens sitting in the exchange wallets just to be sure.

My question is: if we are in this same position this time next year, does Storj have a contingency in mind?

if we are in this same position this time next year

We won’t be. I haven’t posted it every time, but since these last updates they’ve announced partnerships with blockchain.com, covalent, crypto.com, the graph, tenderly, a first decentralized exchange on zksync called zigzag exchange and fiat onramps via ramp network and banxa.

There is super active integration taking place right now. zkSync will be in a completely different place a year from now.

And so will ethereum as well. It doesn’t really make a lot of sense to look that far ahead. Maybe they are still even considering polygon. There have been some more requests for that and they seem to have been open to it.

Thank you for checking. Today I notice there are a number of entries for Huobi, and I must have clicked on one with a bad review (I can’t find it now, because I’m sure it wasn’t just a low rating, but the same “Ponzi scheme” language I saw on OKEx. Strange.) So, maybe not as bad as I thought?

I don’t know what to make of Wikibit. Some aspects of it suggest a rigorous approach, but I agree that they could be more transparent about their methodology (and any conflicts of interest). So, while I’m not taking its conclusions at face value, I am definitely interested in finding high quality evaluations of exchanges, and knowing how those stack up against those that are adopting zkSync.

For the time being, I will probably just let my Storj accumulate, until I can find a way to exchange them that I feel confident about.

This is encouraging, thank you. Are you finding the announcements by following the Matter Labs Medium channel?

I don’t know what to make of Wikibit. Some aspects of it suggest a rigorous approach, but I agree that they could be more transparent about their methodology (and any conflicts of interest).

I also tried to find anyone else writing about problems with OKEX. You do find some stuff about the CEO being arrested, but it seems like he was taken in for questioning only and never arrested. And with the massive crackdown on crypto in china, it’s quite unclear whether than means much. I don’t think there is any crypto CEO in China who hasn’t been in contact with the police. I know at the least Huobi and Binances CEO’s have had trouble with the police as well. It often feels like you’re just trying to find the least bad option.

Are you finding the announcements by following the Matter Labs Medium channel?

Mostly from their discord announcements channel.

It often feels like you’re just trying to find the least bad option.

It sure does. I was intrigued to find Wikibit, and then dismayed when it looked as though all the zkSync friendly exchanges were among the worst rated. I appreciate you catching my error on Huobi and pointing out that there are more recent additions that appear less bad.

It’s interesting to me that Gemini and Coinbase appear to be very highly rated. I have always figured they’re all more or less the same, but I’m beginning to wonder about the best ways to evaluate exchanges, because it does seem like there are some really awful ones out there, and not too many ways to know.

Maybe quite fitting to this discussion, you dont even need to work with the exchange directly. You can use LayerSwap to send funds from an exchange (currently supported: binance, coinbase, ftx us, ftx com, huobi, kucoin, okex) to send funds from the exchange to zkSync (and more). They are working on L2 to exchange and want to launch end of 2021 (from their FAQ) - so probably a bit delayed, but soon…

Only thing missing is a STORJ-ETH swap: “First though, permissionless listing. If we can make every ERC-20 available through our exchange first, tackling multiple orders can come later.” (zigzag, Dec 31, 2021) and they are super quick to deploy new features.

No matter that they partner with zkSync, you need to see they can accept STORJ transfer over zkSync or at least ETH transfers over zkSync, so you can swap your zkSync STORJ for ETH over zkSync, then transfer to whatever exchange. Oh my! More and more fees! Token approval fee, gas fees, fees, electricity, hardware, stuff, crap… When is this ever profitable?

Not that it’s what I run but storj explicitly advises not to invest any money so we can’t really blame them if our setup isn’t profitable.

I believe the project has some great potential and even new investments make sense in the long run. After all it’s mostly passive income. You set the node and forget. Eventually the only maintenance you have to do is reboot after some update or replace a failed disk… The node and auto-update setup is fast and easy.

That’s my point of view as well, it’s just not meant to be “profitable”, it’s made to allow people to monetize their empty storage space. In theory the only investment would be the time to setup the node + maintenance so not much in many cases.
Hopefully we’ll see more usage in 2022 which would be good given the very low ingress recently !

This is not necessarily true.
If you wear out your disks more early due to Storj use then you can still be at a minus with having to replace them earlier than you otherwise would. You will be up for a replacement cost.

Do they still wear out while spinning, even if they are rarely used?