I think it would be nice for node operators to have feedback faster than after 30 days.

Would it be possible to add an additional metric, maybe something simple like «Time since last failed online check» ? Or, let say, keeping the score convention, compute the score itself from slightly weighted daily scores?

the time since last failed online check is a pretty good idea, and should be very simple to implement…
but i think changing the existing score would be a bad idea, monthly uptime tho not always very helpful is one of the critical metrics for a successful node.

Yeah, «time since» is easy to understand and might be even quite meaningful to the node operator (thinking, «oh, it was that time when my router failed!»).

But adding a new number is probably more work for Storj engineers than modifying the current one, so it’s a trade-off ^^

I think it would be nice for node operators to have feedback faster than after 30 days.

What’s the issue precisely? The fact that if your node is offline once, its online score drops and stays stable for 30 days before recovering?

I must stay it’d be nice to see the score recover progressively, day after day.
In order to do that, I guess the score penalty weight caused by an offline event could decrease the older it gets, until it is 31 days old at which point it does not count anymore.

well the problem is with how the whole online tracking is done…
break a time window and one has to wait until it passes out of view basically.
which is the 30 day mark…

so red would be the registered offline periods
or maybe just black instead… i duno… or a less strong red.
but i think that would be a good concept without creating a lot of extra filler on the dashboard 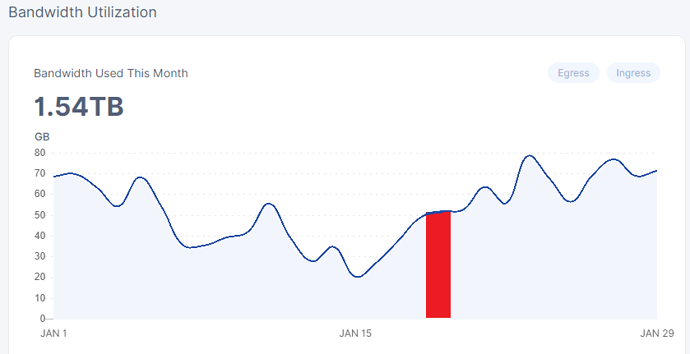 What’s the issue precisely? The fact that if your node is offline once, its online score drops and stays stable for 30 days before recovering?

Then I voted, but I personally wouldn’t want yet another metric. I just would want the current one to be more useful in its behavior.