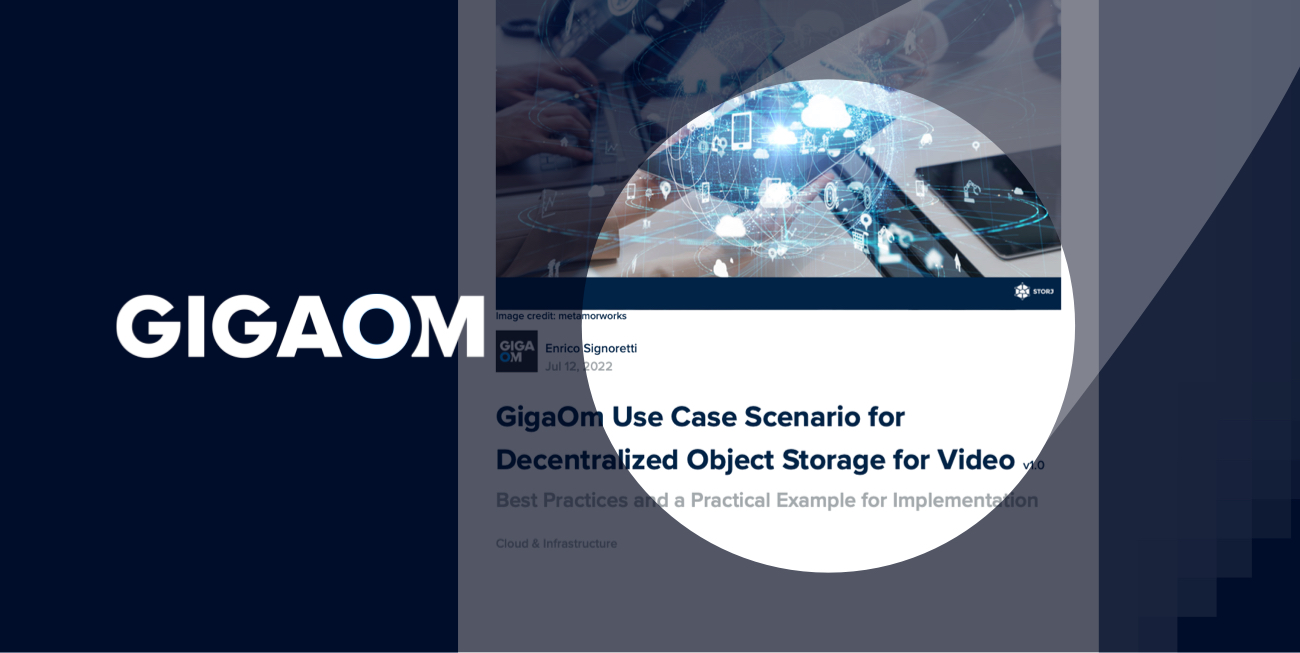 Highlights from the GigaOm Use Case Report on Decentralized Cloud Storage for...

A GigaOm report looks at a specific use case scenario for a technology and recommends best practices to improve adoption of technologies, exploring both use case design criteria and a viable technical solution.

this is a very interesting point made in the report,

CDNs become useless since they are designed to bring data closer to the user and reduce latency to improve performance. When the decentralized network is designed to optimize data retrieval, favoring closer and faster data storage nodes in the back end, CDN becomes redundant unless the user requires the lowest possible latency and network traffic minimization.

i would have thought there was some good benefits from the CDN model…
and tho there seem to be some, it doesn’t seem like enough to worry about.
which is great for Storj DCS.

would be epic if Storj DCS becomes a major hub for video streaming distribution, that is without a doubt one of the biggest current and future markets of the internet.

atleast in the consumer space, i’m sure there are tons of science and enterprise stuff that also needs tons of storage, but i doubt anything else will see the same amount of traffic as streaming.

have been looking at getting into running some CDN stuff, but maybe it’s not worth the effort.