I stop everything, too disappointed

work is and always will remain work…
oh i duno, i have spent a lot of time on getting all my gear to work… but i suppose it’s also not fair to storj that way because, what i’m learning i plan to utilize for other projects…

so doing a lot of stuff the right way rather than just slapping in an extra hdd and installing a node on it.
which i’m sure is quite alright so long as everything is running well.

Pretty sure we waste more time posting at this forum than it takes to manage storj nodes.

Definitely, though I wouldn’t use the word waste.

Managing my nodes basically takes no time at all. Most of the time I have to spend on that is because I was playing around with stuff and broke something myself. But in general it’s set it and forget it.

I find this a very interesting project though, so I’m happy to spend my free time building and maintaining tools to keep track of things. And contributing on the forums to interesting discussions.

oh i duno, i have spent a lot of time on getting all my gear to work…

Be honest though, what % of that time was spent because you also broke it yourself?

I make about 30$ a month, and still didnt get december + january payout. I guess I will get those in march…
But I was wondering, someone making 5$ a month, that means he will get paid only after at least a year or a year and half… Until he reaches more than 70$ of working. Let you imagine for someone making 2$ a month. He will never get paid…

I will answer all these people who call me a liar because having doubts about what I say means that I am a liar. I don’t see the point of lying and fabulous about my current nodes online. Out of my 6 48TB knots as I said and not 64TB as some say (4 are full and two 50% full), I never had an income of more than 30 $ on my full nodes. I am using 3 uplink and downlink 1gb / s fiber connections. I had just come to give my point of view on the long-term situation and not to invent a life for myself.
Good luck to you all

I understand your throustration, but looks like you have something rong in setup.
this is 4TB full node last month. what is wrong with my setup ?

Be honest though, what % of that time was spent because you also broke it yourself?

starting from scratch, with full grade enterprise hardware and enterprise grade solutions with limited knowledge is a ton of work… going much better now tho… barely even check them twice a week… even tho i really should…
also it’s been like months since i migrated…eh … much…

Managing my nodes basically takes no time at all. Most of the time I have to spend on that is because I was playing around with stuff and broke something myself. But in general it’s set it and forget it.

Well to be fair, most of the time, now that the node software is more stable, and that I kinda know what I’m doing, it’s mostly like that too.
However, I regularly have to take care of some stuff because the ISP box crashes, or because something goes wrong with one of my disks…

I mean when this happens, I receive (hopefully) an e-mail from uptimerobot and I have to fix things ASAP…
In my case this happens once a month in average. It still feels like too much to my liking… Especially when the problem can’t be fixed remotely, which is usually the case when the ISP box is the problem. As a consumer grade device, the only way to fix stuff is usually to turn it off and on again…

Well to be fair, most of the time, now that the node software is more stable, and that I kinda know what I’m doing , it’s mostly like that too.
However, I regularly have to take care of some stuff because the ISP box crashes, or because something goes wrong with one of my disks…

Yeah, I still compulsively check on the status of my nodes every morning. While I haven’t seen any problem for a long time, I remember that I had to fix something every few days not so long ago.

Look forward to the data, thanks.

I mean, what is he going to do with all that empty HDD space now?

He can fill that up with all his grief and anger

doubts about what I say means that I am a liar

Lets assume you were completely truthful. You would have gotten paid unless you broke ToS. You were moaning about this to people who for the most part couldn’t have avoided postponed payouts like you could have. And you were blaming others for your own mistakes in how you set it up. A community btw, who I remember giving you extensive help many times in the past. Even going out of their way to use your native language. Also a community that would have been happy to point out that you could avoid missing payouts altogether by just using the same ETH address on all nodes.

I think you can see how that doesn’t make you look very good. So… I gave you the benefit of the doubt and thought maybe you didn’t break ToS. Maybe you actually didn’t get paid and in frustration you exaggerated the amount of nodes you run a little bit instead in the hope that it would give you some leverage to vent your frustration. I’d say that’s understandable. None of us are very happy that we have to wait longer for the payout.

But I don’t know what’s true and I don’t really care. You don’t owe us an explanation either. It just would have been nice if we were given a chance to suggest how to avoid your issue instead of just listen to complaints that could have been prevented.

@Krystof our stats are almost identical for Egress in regard to the router, do something so it will get rebooted every day or week… they should be rather stable but sometimes they will have like memory leaks or something in their programming which can lead to disruptions.

any sort of timer might do fine, set it to turn off once a week for like 15minutes if its an old one without to many options, ofc i suppose it might be a 24hour one… but still we are allowed like 288hours so you might be able to have it shutdown for an hour a day and still have 200 hours to spare every month.

so atleast as a temporary fix to test if it will work should be fine, tho your online score would drop ofc.

else i run my setup with ecc and redundancy so most issues can wait until i can be bothered fixing it.
have this hdd that is running terribly clicking away… due to the cold in my server room, but it seems to run fine… causes a slight bit of latency but nothing huge, so i just leave it there because i don’t have anything to replace it, and really it’s been doing this for months when it gets cold…

and because i have redundancy i can allow to take the risk to run it into the ground… ofc costs twice the space when one is running mirrors, but in return i get much more control over my hours.

and with our ingress as it is at the moment… having nodes die… well i don’t really consider it an option… so looking at the ingress this month then its 10gb avg pr day for my main node.

so multiplying that by 1000 aka adding 3 zeros gives us 10TB in 1000 days of ingress.
1k days is about 3 years, so unless if you are running enterprise hdd’s then thats even beyond the hdd warranty, mean the odds that it will die is pretty high.

if it dies you loose the held amount ofc thats only like half, and you got like a fair number of months in with profits… but still 1 year in and you will have just started getting 100% payouts, 3 months from getting your 50% held back.

but still you will have like 3.3 tb data so it’s like 15$ a month on a hdd that would cost 10x that…
so the first year is basically just paying off the hdd, 10tb lets say…
maybe it’s more 15$ seems kinda low here it’s like 25$ pr tb… but lets be optimistic and say a year then. we can take the 2nd year’s profit and put towards hardware since the hdd will be the main part of that. and maybe we can even say thats also the power costs.
the first year peak is 15$ pr month, but realisticly thats more like lets say 90$ total
earned in year one, so year 3 would be at the 6.6tb mark… going on 10tb and full payout so thats the real earner.

so looking at that math, having to put hourly wage of keeping it running for 3 years, internet costs (even tho the internet requirement is rather low.

so what can we learn from this… well lets add another year…
year 4 of a full 10tb at 4$ pr tb so 40$ a month so 480$ earned
so really if a node dies, in say the first 5 years its earning potential drops like a stone, and really the longer nodes can run the better the economics of it becomes.

i know people see it as wasteful to run with redundancy and they hate mirrors even more…
one could ofc do a raidz1 but then quickly the space saved increases the power costs.
which for me is rather important because i have very expensive power.

so having like 5 hdd’s in a raidz1 basically increases the costs of the power that what i use for power i could pay for the mirror disk instead.
and mirrors rule… lol

this is getting a bit longer than expected… but i have a point to make…
and it is this…
from my perspective there is absolutely no benefit to running without redundancy and using ecc memory.
the cost vs the added work(from bit flips and write errors), the erratic hours, decreased avg life span.

it just isn’t worth it long term… sure one can run single disk nodes in the beginning without to much risk, adding a mirror later isn’t to much work… but still errors that are caused then can show up and cause issues at later days… so i run mirrors all the way.

so yeah… get some redundancy so you can sleep at night …

10 posts were split to a new topic: Redundancy vs no redundancy 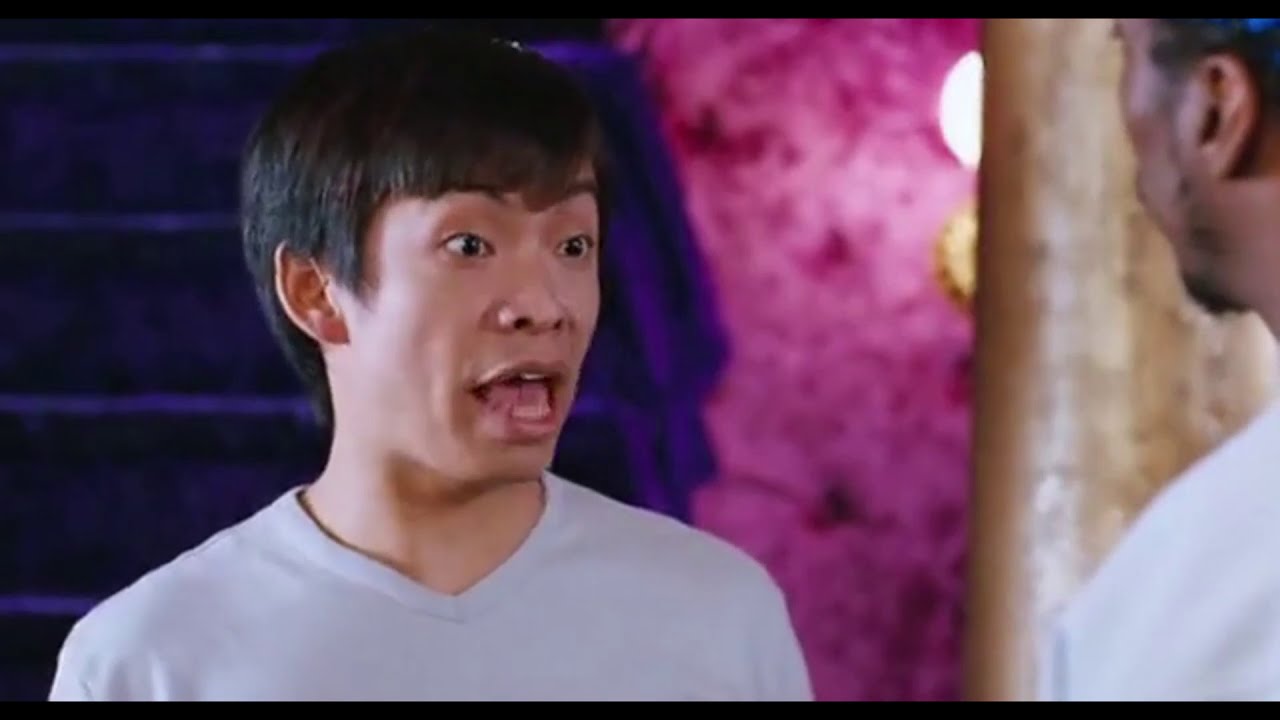 Pretty similar to you guys.

Lol, you got more than me having 6TB (Idk why i have so low downloads): Maybe depends on the location

Edit: Oh i see, you just got a held amount