Node appears offline after trying to setup a new storage node on MacOS 11.2.3. Running ngrok since it seems like my ISP doesn’t support port forwarding. Exact error logs will be attached in the comments.

I have turned off the firewall for both my Mac and our router, which is a ZTE F660. I did try port forwarding on our router initially but I think that my ISP doesn’t allow it since upon checking the ports it always says closed even after trying different options (I can’t seem to find my WAN address on the router page so I can’t verify this). This is why I opted into using ngrok. I have since deleted the port forwarding rules on the router.

I used the following command when running the storage node:

This is what the terminal displays when running ngrok:

I have confirmed that the ports are open when using ngrok

Identity also seems to be intact:

I think I’ve spent about 10 hours here in the forum looking for answers to no avail so hopefully someone can point me in the right direction. Thanks!

ngrok already redirects to this port:

in the docker startup command

You run ngrok and what do you do with the terminal window?

see also if you have an established connection:
https://dashboard.ngrok.com/endpoints/status

and on which port

this means that a connection was established right? note that the port number is different because i tried a new connection in the Asia Pacific server but error logs were the same. i changed the docker command when i created this new connection so we’re good on that end.

maybe the firewall in macOS is blocking the port …

I already thought of the Mac firewall possibly blocking the connection so I tried disabling it entirely in System Preferences but the same error appears (unless MacOS has another firewall I’m not aware of). Did you do any additional configuration with the MacOS firewall for your setup?

I don’t have MacOS, I have ngrok on linux

Ah I see. Well I just checked and it looks like my node got disqualified so it’s good a time as any to re-do the process from scratch. Will update here what happens

ngrok is difficult to manage (e.g. a different port each time it is started)
it’s easier to test portmap … but there are lots of Storj nodes in the subnet …
or use e.g. Synology and its QuickConnect
it’s best to get an external IP from your ISP

i did try portmap.io first before ngrok but I can’t quite seem to understand how it works. might give it another shot later. as for contacting my ISP, ISP customer support is terrible where I live so I’d rather save that as a last-resort option. thanks for the feedback though!

As others have already written here: tell your ISP that you must have access to a security camera in your home, and without an external IP you cannot access it …
or change your ISP to one that provides you with an external IP (doesn’t have to be a fixed IP, but has to be external) …

Got it to work after a clean reinstall using portmap and SSH! Not sure if ngrok just wasn’t working for me, I did something wrong during my initial setup or a combination of both, but I’m just glad that it’s finally displaying a green “Online” text. For now I’ll mark peem’s suggestion of using portmap instead as the solution. Thanks everyone! 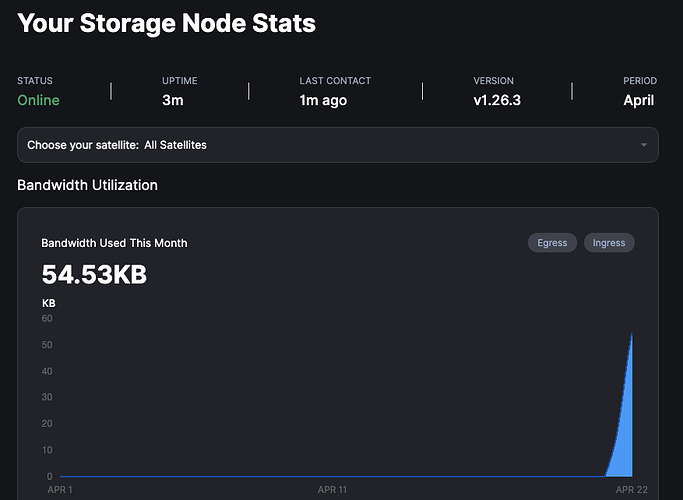