I miss a unified overview of how my node is doing across all satelites. I don’t like to click through each satelitte just to see how my uptime and audit rates look.

Understandable per satellite information is important, but the effort for checking if everything is OK should be as minimal as possible. Aka 1 page load, 1 look

Refresh data with an ajax request once a minute for a live view, instead of having to manually refresh as it is now?

This may be a duplication, but I’d be great to have separated egress and ingress bandwidth used in total as well as per satellite.

All the points for the next iteration are very nice!
In addition to the bandwidth graph Id like to see totals for ingress and egress of my node over current month. Without it its hard to guess the potential earnings from the “bandwidth used” as considerable part could be ingress traffic.

I love the updates in your screenshot, specifically:

I have a few questions though:

This is unfortunately not possible for technical reasons atm, according to the dev working on the dashboard whom I asked about this.

is it possible to use that update now or we have to wait next beta version?

If you’re talking about the image, that’s a design mockup. I doubt there is working code yet.

but I’d be great to have separated egress and ingress bandwidth used in total as well as per satellite. 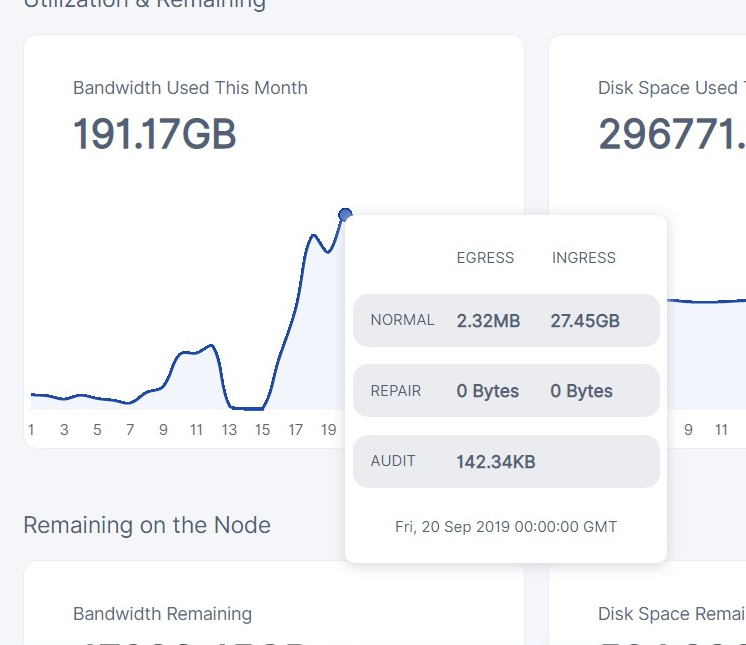 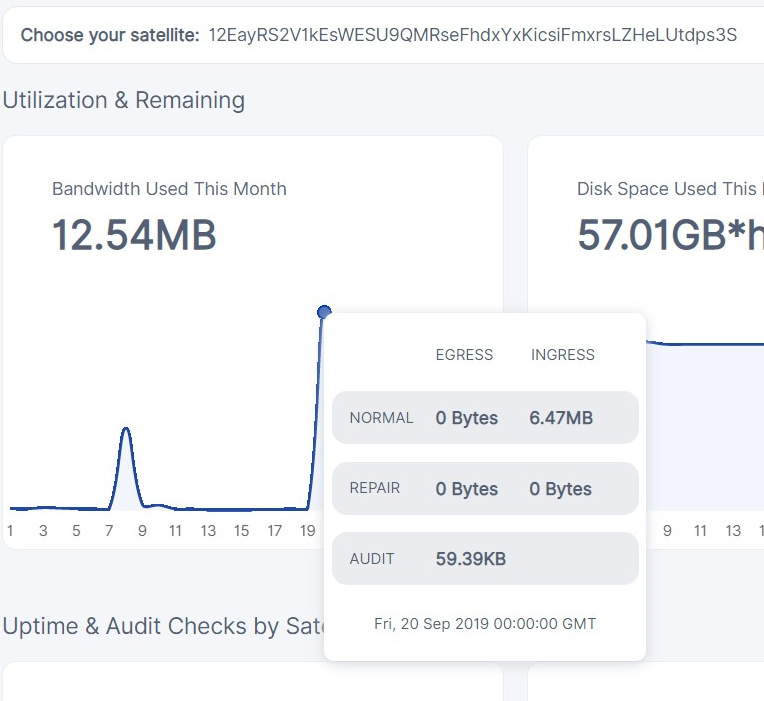 I liked the Audit rate and node uptime %'s in a previous build. That was a quick way to check if everything was ok. 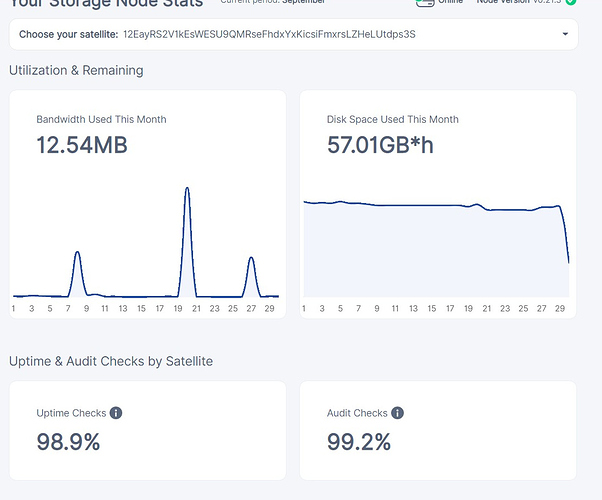 the graph always looks like you suddenly lost data on the current day.

I noticed this as well. As you suggested, not showing the current day would work. Another option would be to prorate today’s value (multiply it by elapsed_seconds_in_day / 86400).

I’m hardly on the individual satellites pages, I tend just to check the “all satellites” page.

Sorry for misunderstanding, this is great feature, but my comment was about total number for current month for egress and ingress separated just like in cli-mode dashboard.

Looks great all of it. Thanks for the insight.

Most of my ideas were already covered by our speedy @BrightSilence

However, I’d like to stress the point of visualising reputation data - as this is soo critical to any SNO - and the numbers (at least to me) are still a little fuzzy, a running-month/week/hour reputation change would be very useful, as well as the total lifetime of cause.

So now we have rolled over to a new month then there appear to be some bugs.

Particularly as it says I have used 46% of my 25TB limit for the month.

Is the Bandwidth Remaining actually a nodes “total - already stored data” ?
This could be reasonable if a reserve for transferring all of it’s data to other nodes would be needed?