I have been trying my node for 1 month and I am wondering if these numbers are correct hereunder. It has been 132GB so far… 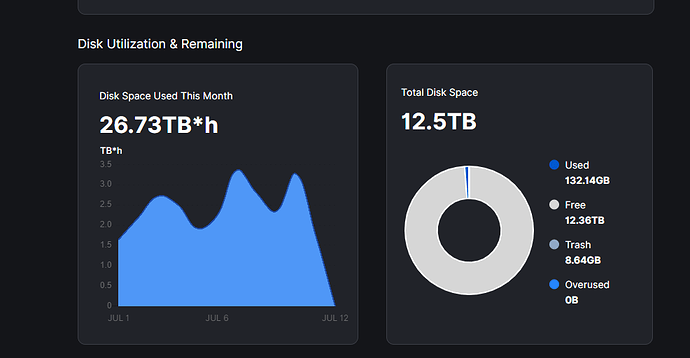 Well the key word there is estimator

Traffic fluctuates, it seems you have outperformed the estimator since it expected you would have roughly 90GB after a month. I don’t see anything wrong here. Did you have a specific question or something you weren’t sure about?

But so far traffic per node has only increased over time, so that may be a good thing.

140 GB seems OK. Which kind of connection do you have? DSL/Fiber?

to make this no longer true

I second that. Lately I have been seeing ingress around 600Gb per month (my nodes are 37 and 23 months old). That’s a considerable increase from before (a year ago or so I think it was around 300Gb per month tops).
Sure, it is not that fast, but key point it was and is steady, so I can plan out upgrade schedule and costs, for example.