has anyone seen an issue with the 5th August date frame…

seem to have noticed this since update yesterday to v1.62.3 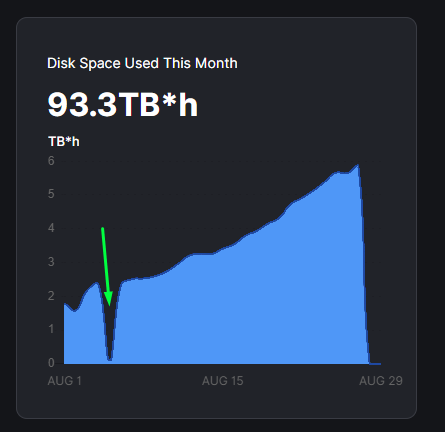 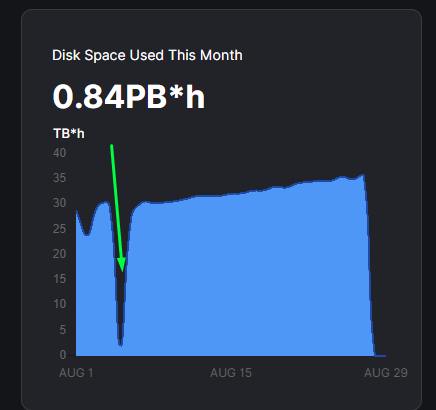 anyone else seeing this ?

I see the same thing on the 5th for my two nodes that are now running 1.62.3. My 1.61.1 node shows no such dips. That node will probably update in the next 24-48 hours, I’m curious if it will show the same dip after. Might miss it because of the month roll…

This statistic is returned to nodes by satellites. So likely the satellites did not provide it.

How can this be fixed ?

Does it need to be fixed or investigated ? 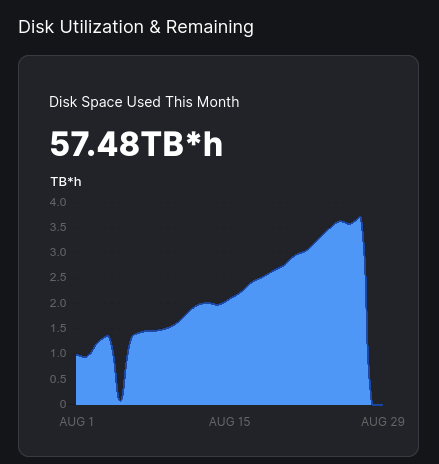 We’ve seen these dips before, usually followed by a peak the next day to catch up, but there is no such peak this time. It seems satellites have a Tually missed a day of storage this time.

I see the same thing on my nodes.

Same here on all of my nodes indeed.

As a side note: is it me or did this graph get smoothed out?

Yeah I believe it was something they changed in 1.62.3

I also have that dip in my graphs. So it is probably a satellite issue rather than a node issue

Gotta be a v1.62.3 thing. My last node just updated to that version 50 mins ago. Prior there was no dip, after the dip has appeared for August 5th.

And yeah, I think it did smooth out the rest of the graph.

I think it’s related to a satellite database change that was also causing delays in disk usage reporting. Would make sense if that also caused the missing usage.

It’s hard to say whether this is an issue reporting back to the nodes or that the satellite is actually missing this data. 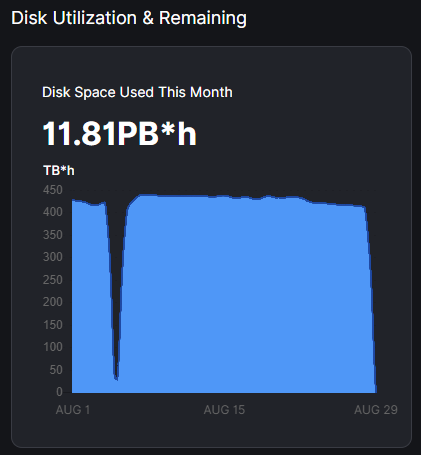 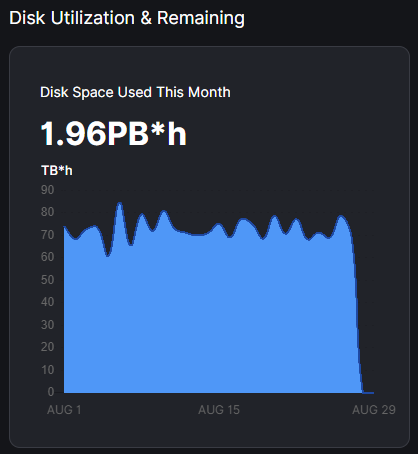 I will confirm if it appears after my second node updates.

Can confirm, have it too.