How to set up new storagenode gui run with openvpn?

I am currently running 4 nodes on 1 windows machine through the windows-gui. Everything is working fine. However, there is one problem that ingress bandwidth is currently limited by storj because these 4 nodes have the same IP.
I currently have another VPS and can setup openvpn on it.
I’m thinking if I can run a node through VNP to get more traffic?
And how specifically?
I have read the tutorial on running node through VPN on the forum but it only applies to PIA VPN.
I was thinking about creating a virtual machine or docker to run a separate node on it. Then run the openvpn connection from within the virtual machine or docker. I think this option is feasible. However doing so will consume quite a bit of resources on my machine.
Is there any other way to use only openvpn client and windows-gui storagenode?

We put this limit for a reason - we want to be decentralized as much as possible. You trying to trick the system and show your nodes as different physical places, this is bad for decentralization. If your server would go offline, the network will lost all your pieces at once. If it would be in current rules (not against them), there is no problem - your nodes cannot have pieces of the same segment, but when you use such tricks, your nodes could have more than one piece of the segment. It’s dangerous for the customers files.
If we would lose customers files, we lose customers and nobody will pay you at the end.

One thing to clarify here is that I’m not trying to trick the system. I’m sorry if you think I’m trying to trick the system when I’m not trying to do so at all.
I have been operating storagenode since 03/2020. I even bought 8TB hard drives to prepare for the operation of the storage node since 2018. Even though I have the hard drive and the internet connection ready, I still can’t participate in the node operation because of storj when that’s only docker version while my laptop doesn’t support virtualization.
Participating in the operation of the storj node so far has not made a profit or even a loss. Because the income that I receive now is just barely enough to pay the cost of electricity, not including other costs such as internet, hardware depreciation, capital costs, … Because of the 4 nodes that I am working on during operation, only 1 node was actually filled while the remaining 3 nodes only stopped at 100-200GB/8TB of free space. I joined the decentralized node operation because I want to support a community and decentralized project like storj.
Back to the technical issue. Currently I still have a lot of free disk space left for storj. I have added a new internet connection with a new public IP but this internet connection cannot port forwarding because my ISP does not allow it. I also have an old windows laptop but it doesn’t support virtualization at all. So I’m thinking of using openVPN along with the windows GUI to launch a new node on my other laptop. I’ve spent quite a bit of time researching on this forum as well as many other places but still haven’t found a way. 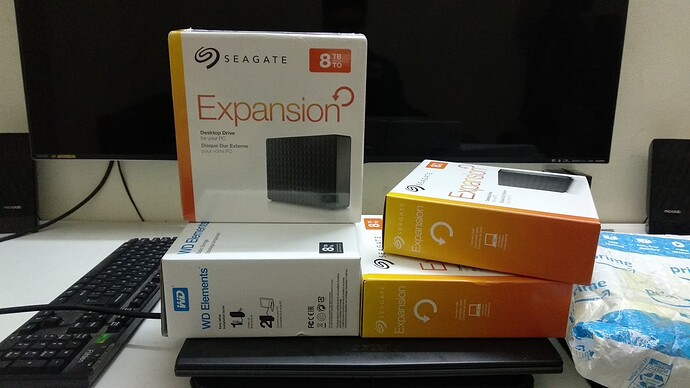 I still can’t participate in the node operation because of storj when that’s only docker version while my laptop doesn’t support virtualization.

You may also use a binary version, it doesn’t require virtualization. However, if this is Windows, then you have only option to use Win GUI Storj Node Toolbox

You cannot setup the port forwarding using only OpenVPN client and any VPN provider, you should also have a server with public IP and OpenVPN server installed and configured, or use VPN providers with port forwarding feature such as portmap.io, ngrok, PIA, AirVPN, PureVPN, etc. Renting a server for OpenVPN server with good bandwidth may not be covered by your income, so I do not know is it worth it.