PC components you use. Quality discussion

wold like to discuss about best components to use in nodes for long time working.
as nodes working 24/7 so needed best components.
PSUs
fans
HDDs
UPS
…

for long time i used Chiftec power supplies and they work very well, till fiew day ago one of them blasted, as a result UPS also dead, part of apartments is blackout.
so may be will be good to gather some statistics abaut long time working parts.

also some time used Bequiet fans, but they die after 1-2 years, so now moved to noctua fans, they work very low noice, and have 6 years manufacture warrety.

till fiew day ago one of them blasted, as a result UPS also dead, part of apartments is blackout.

I think I know the type of failure (and have repaired a couple). I’d bet what happened was the big high voltage capacitor failed, this in turn made the voltage go up (the cap is part of the PFC circuit), which killed the switching transistor, causing it to short. The short circuit blew the fuse on your UPS and tripped the breaker on your house.

Active PFC + cheap capacitors = this. Good news is you can probably just replace the fuse on your UPS and it will work, but repairing the power supply is more involved.

There are no high-level components that are also silent

I use two Proliant DL380 G8 14bay 3.5 "servers with Raid P822 cards with an additional 16 external drives. Let’s say the servers are anything but silent and the fans are always over 45% speed. Consider I’m in a garage underground and is always with a stable temperature around 21/23 ° C ambient degrees.

It’s really tough to find good PSU’s as even good brands have messed things up from time to time. I’ve bought mostly Corsair for a long time now. They’ve partnered with Seasonic and as a result are among the most reliable. Seasonic itself of course is probably the best out there for reliability, but tends to be more expensive too.

Prior to this I had a coolermaster power supply that first had a fan that started making a very annoying noise. It was replaced under warranty, then later the entire thing broke just after the warranty expired. Haven’t bought coolermaster since.

I recently bought an enermax power supply because it was the only one with high wattage that would fit in a small case… that was a mistake. Random power downs every few hours. My brother bought the same one and had the same issues. It may have been a bad batch at the store we both bought it from, but it soured my opinion of them.

Good: Seasonic, Corsair, Silverstone, EVGA (quite new, but seems good)
Avoid: Enermax, Gigabyte (they recently kept selling a PSU with known defects, even pushing them in GPU combo deals to get rid of bad stock)
Mega avoid: Anything with no brand or a brand you never heard of.

Cooler Master is considered quite good these days, but my experience a while ago still makes me avoid them. Clearly my list is not exhaustive, but I don’t have enough experience with others to judge.

At this point, don’t buy anything below 80 plus gold. If they use good components, it’s an almost automatic gold rating. Also try to find reviews… sometimes these ratings aren’t met on actual production units. Some manufacturers have even gone so far as to quietly swap components without creating a new sku.

My requirements for a PC (not server) power supply:

An old PSU with passive PFC or no PFC at all can also be used - maybe after replacing the capacitors. Such power supplies are simpler and easier to repair, they also are very unlikely to blow up because there is no active PFC.

PSU have always been a weak point and also one of the most critical components for stable operation.
generally my rule of thumb is getting a good or decent PSU which isn’t really a brand thing, because it always changes over time which brands cheap out, a good brand this year might be a bad brand next year, ofc there are some exceptions… but most likely just a matter of time…

but i digress, my rule of thumb is aiming for about 50% utilization of the max wattage rating.
doesn’t mean components can’t fail, but when the components isn’t stressed the reliability goes through the roof.

ofc one can be less conservative and get the same results, but when i build a system i usually leave room for upgrades.

lately as an extra measure of safety i’ve been starting to add basic surge protection in front of my setup, something as simple as the neon bulb in an (on/off) switch on power stripe.

another good measure is to keep anything with larger motors of the circuit group with sensitive electronics, components with “big” mains motors can be something like large fans, washing machines and other such inductive loads, as they have a tendency to foul the power on a circuit group. 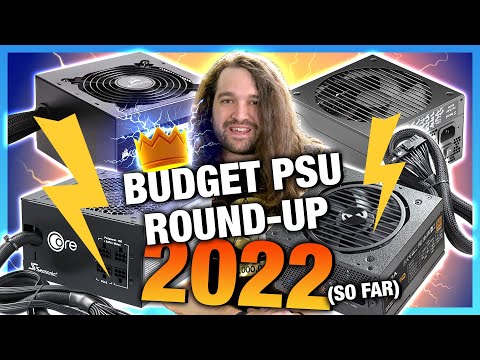 isolate and contain with multiple levels of surge protection. 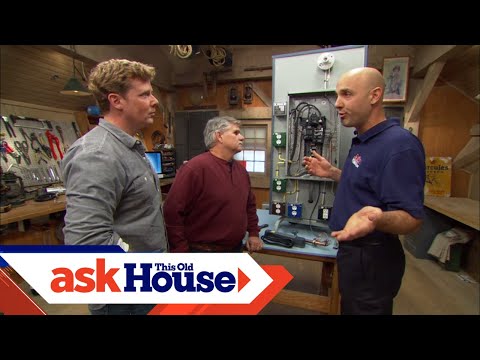 and do keep in mind surge protection wears out over time.

Just buy a server power supply with a breakout board to supply all the power. Consumer psus are not designed for 24/7 loads.

Do those come in ATX form factor for use in home-built nodes? I’ve never used what you’re suggesting before.

Yes they do sell it for ATX so you can plug it into a motherboard. originally they were created for miners but they are really nice to have for normal consumer motherboards.
This is what it looks like. 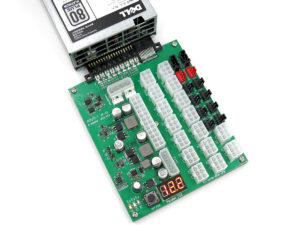 I bought all mine from https://www.parallelminer.com/

As for PSU’s, I generally choose from BeQuiet and Seasonic, but anyway I look at review of specific model before purchasing. There are even fanless models among Seasonic. Currently I have be quiet! STRAIGHT POWER 11 PLATINUM 750W.

As for fans, I am too choosing Noctua as of late. I am sure that there are some other good manufacturers, but Noctua has proven to be reliable and good performing.

HDD’s - well, I only have 2 for storj and they are both Seagate Exos (16 and 8 Tb respectively). No problems so far. 16 Tb model is helium, and its temps are slightly better - does not rise above 36C, while 8Tb could rise to 40.

PSU - Powercom WOW-1000u, it is pretty basic. Would not recommend it though, since I have some problems with setting manual rules for system operation when on battery (when to switch off and etc.).

As for MB, CPU - I currently use SOC from Gigabyte with 4 core Intel celeron. Want to upgrade to Xeon from Aliexpress, since they have very good cost/perfomance ratio for server needs, and suitable motherboards offer enough SATA ports for further upgrading of discs.

Case is from Fractal Design (DEFINE R6 Black) - normal cooling, silent (additional soft panels inside case) and above all 11 slots for 3.5 HDD’s.

a good brand this year might be a bad brand next year, ofc there are some exceptions

This is true for most brands indeed. So this is why I tend to limit myself to Seasonic and Corsair. Both have shown to be consistently reliable and not just right now. It’s not a guarantee, but I think a fairly safe bet at this point.

This used to be good advise, but I don’t think it really applies anymore. The original reason for this was that efficiency at 75+% utilization dropped quickly. This is no longer the case with most good power supplies. At the same time hardware has gotten a lot more demanding. If you use top end hardware you could easily have a GPU draw up to 450w power and CPU peaking around 250w. Add other stuff and you’d have 750w. Buying a 1500w PSU for such a system is an incredible amount of wasted money. It is almost always better to save that money and instead buy a better brand power supply with better components. I originally bought a 1000w power supply for just such a system, which flaked out (the enermax I mentioned earlier). The system is now running on a 10 year old 850w corsair PSU and runs just fine with very little heat from the PSU.

Modern PSU’s are built to be able to deal with peaks of 10-20% above the stated rating and they will survive just fine if that rating is about 20% above max power draw of a system. For my system I would still recommend 1000w, but when I noticed that my temporary replacement was working 100% reliably I figured why spend the extra money.

This is a little different for always on systems. If you have a constant power draw, the 50% rule for that constant power draw still applies. But this is rarely the peak usage of a system. Even if you’re mining you likely significantly lowered the power limit of hardware. But yeah, if your system draws about 500w constantly, I’d still aim for 1000w power supply.

The upgrade argument is valid, but at the moment I wouldn’t buy for upgrades. There are some changes coming up to PSU’s with new PCIe plugs and even the 12VO standard which may introduce significant changes. If you know you’re going to upgrade something soon, take it into account, but if it’s more of a generic idea of maybe wanting to upgrade something years down the line. I would not worry too much about it. There are pretty reliable rumors of top end GPU’s coming up will use up to 600w though… so yeah, if you plan to buy those, aim big…

I’m expecting higher wattage PSU’s getting a bit cheaper soon now that those loads will become more common though. So if you buy high now, you may be overpaying.

Luckily in depth reviews are becoming a bit more common. Use them! As @SGC said, brand is no guarantee.

I generally choose from BeQuiet

I have a BeQuiet and it is running for 9 years 24/7 without any glitch. I love it.

I have a BeQuiet and it is running for 9 years

I’ve never even heard of bequiet until recently the last 3 years is really the first time i’ve heard of this company. Didn’t know they were out longer then that 9 years I don’t know much history for bequiet I just recently bought a heat sink from bequiet.

I have just checked in case I was talking rubbish.
I bought a be quiet Pure Power 430W 80+ Bronze ATX 2.3 in May 2013 and it is still running since then 24/7. No recommendations, but for me this has been working soooooo well so far.

Thats pretty good, I cant say I have any PSUs from 9 years ago mostly cause every year I upgrade my systems to more powerful gpu’s,an cpus that requires much higher watt psu so I pretty much replace them every 3 years or so. Just dont buy a gigabyte psu…

Currently I guess I will stick to be quiet.

when my old Chiftec faild, i tried fractal power supply, someone know anything about this, reviews was OK