Please fix these QNAP 1.1.0 app bugs. Storj does not run via the app unless there are fixed

After choosing the correct file path and generated the identity as per manual I get to see this: The identity files don't...

Once the identity and ca files have correctly been placed in the storagenode folder, the app doesn't create the necessary directory.

Thanks for your feedback.

So are you using storj binary files to run the storajenode or you are using the storaje web app to setup everything ?

As I can see your output in the screenshot its more related to the binary files as we have checked identity generation is working through web wizard.

Still let us know your detailed feedback so we can help you for the same.

FWIW I can’t even get it to launch on my QNAP. I launch the app from the QNAP desktop and it loads a pop up window showing this:

The requested URL /STORJ/ was not found on this server.

And I was following this guide: QNAP Storage Node App - Storj

Can you share the model of QNAP you’re using? Latest firmware? The most common error we have seen in the past relates to container station configuration issues - if the /STORJ/ url is not loading that means it is an issue elsewhere.

We haven’t updated the app in a meaningful way in quite a while, however, will have an updated version in about two weeks to share with the community. The more feedback we get the better as it seems to be a popular app!

So are you using storj binary files to run the storajenode or you are using the storaje web app to setup everything ?

I hope you will release it soon.

And yes, it is a very useful app in my opinion because I was able to buy a QNAP server for a cheap price and had SSH issues with it.

[long boring story]
I was unable to SSH into the server and it took me days to realize I could use an ancient and deprecated program called telnet, and weeks to figure out that A) ‘My client computer for some bizarre reason wanted to run several programs server side, so I could have easily SSH’d into the NAS server via another client computer. Where this client shell script is and why it wants to run these programs I have not been able to find.’ and B) ‘To placate my client computer I realized I had to either install packages or place symbolic links, but I wasn’t able to find a package manager so quickly or I couldn’t install them and I couldn’t find the location of the next binary file my client computer asked for and didn’t know how many more there would be’.
[/long boring story]

I also have a friend who wishes to run a Storj on her NAS server.
Apps like these would make it a lot easier.

I tried running it with container station, so storaje web app to setup everything seems most likely.

Because of these bugs, I was forced to run Storj at command line level.
I’m hoping I can still run the web app without having to reset my node.

@folaht - we’ll have a pre-release version for testing next Thursday, 4/8; I’ll drop a link to the build here.

@folaht - an update for the thread. We have one remaining bug in the identity generation we want to fix before cutting a preview build. We hope to have it addressed by tomorrow, however it may push until monday.

@folaht - Thanks for your patience. Please find the pre-release for v1.1.2 at
Release V1.1.2 PRE-RELEASE · storj-thirdparty/qnap-storagenode-app · GitHub

We have some refactoring yet to do still but we tested this out on a few QNAP devices under different conditions and would appreciate any feedback. 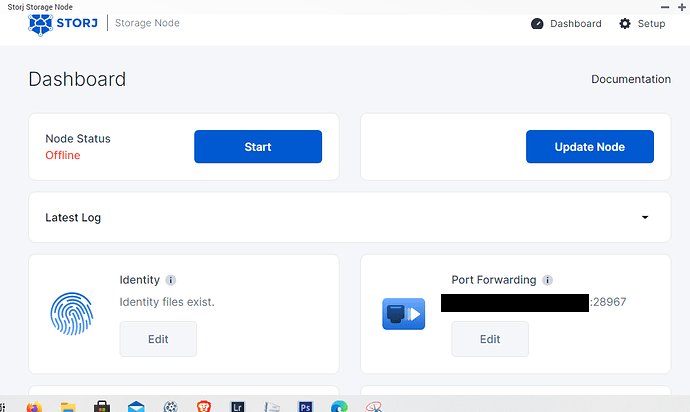 The QNAP app will only work with the docker container that it sets up. This was done on-purpose due to community feedback for users that are running multiple containers, therefore a unique name was required.

What should I do to update? Sorry but I’m new to the Storj world

If you’re on a QNAP and running the storagenode successfully, you could:

I stopped the docker, I launched the Qnap app resetting the parameters but the result does not change. He always tells me offline. Restarting with the settings in ssh and the “old” docker works

the watchtower tells me this …

When updating the configuration settings, can you do so via the “setup” wizard link at the top?
When you get to the identity setup, be sure to select your existing identity directory.

When updating the configuration settings, can you do so via the “setup” wizard link at the top?

When you get to the identity setup, be sure to select your existing identity directory.

the identity folder is right

Can you share a screenshot of the console for the storjlabsSnContainer when you manually launch it? There should be an error message. Feel free to DM. 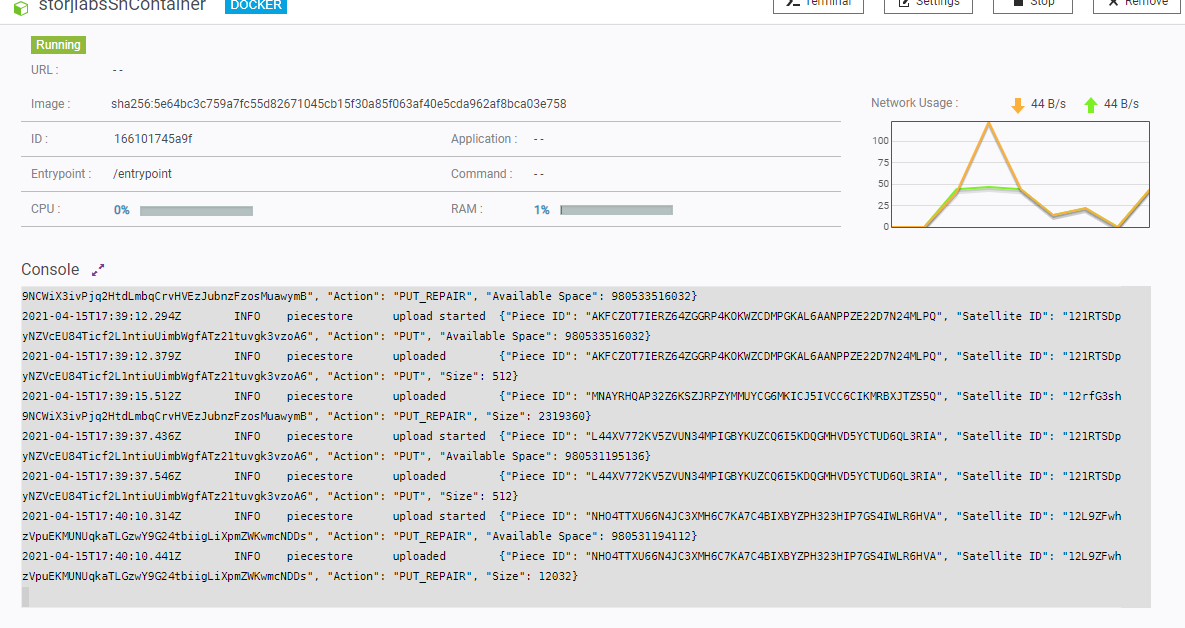 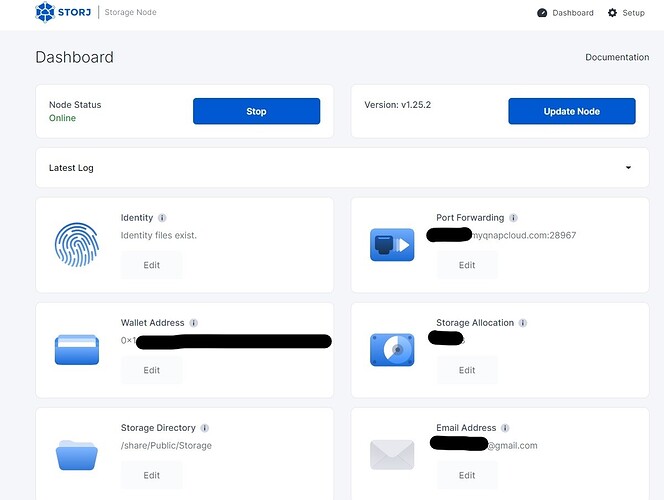 But now can I throw out the storagenode docker and the watchtower? Can I manage everything with the app? Updates too? But can’t you insert a dashboard inside the app? Would be great…