My model, Synology DS220+, dosen’t take more than 6GB, officialy. 2GB onboard + 4GB add-on. The Intel CPU specs sheet also mentions maximum supported RAM 8GB. I hope that Synology will deliver 2bay systems aka DS2xx+ with 4GB RAM in the next models, because it seems it matters. For me, is not making sens using 4 bays; I don’t use RAID, and they are just for Storj. 4 bays are better systems but draw more power, and untill you realy need those extra 2 bays, you pay for extra energy you don’t need.

Of course it does. It has been discussed extensively on Synology forums and reddit, you can search. While half of the ram is soldered on the board, as a cost savings measure (don’t get me started on that; I can talk for pages and pages how Synology is bullshiting their customers with consumer product line since about 2016, TLDR – 8GB total max memory limit comes from Intel dataheet, driven by pure market segmentation; other OEMs are advertising systems on the same chipsets with 64GB ram support, and memorycontroller is part of the SoC. Because 2GB is soldered, this leaves 4GB in the other slot to comply with intel marketing.), the other slot on DS220+ supports at least 16 GB (specifically, 2666MHz unbuffered non-ECC DDR4 SoDIMM. Likeky 32 will also work).

Realy? And it can use the entire 2+8 GB? That is super! But… I already bought all the 4GB sticks I need… Is good to know for the next setups though.
Yes, Synology recommandations are very misleading. The list of supported HDDs that they emphase even on DSM install is the best exemple. They try to sell their overpriced drives. One HAT 16TB is double the price of an Exos.

They try to sell their overpriced drives. One HAT 16TB is double the price of an Exos.

Pretty much every server manufacturer does this as well. HP and Dell do not even give you empty caddies with the server, the expectation is that you buy a drive from them and get it with the caddy. So, buy a brand new server, go look for caddies on ebay.
At least Supermicro gives caddies with the server - that’s why I use those servers.

2+16, and yes. It would not make sense to install memory you can’t use.

already bought all the 4GB sticks

But you still want better performance, right? Used ram is cheap on eBay.

They had certain disks on the compatibility list years after they themselves confirmed that those disks cause hungs and system reboots. They want to play big boys game but they can’t keep up.

Pretty much every server manufacturer does this as well. HP and Dell

This is in the same vein — that cheap plastic toy with soldered ram, lack of ESD shielding, and an external PSU from the lowest bidder that Synology markets as replacement for every cloud service to unsuspecting consumers is not even near the category of those dell, hp, and supermicro servers that makes expecting users to buy vendor disks somewhat reasonable. They do it because it’s a money grab. Synology is good at marketing, but their entry level line is aimed at consumers, who buys solely based on price; expect those consumers to then not to shuck easystores, let alone buy vendor disks is disingenuous.

Synology is good at marketing, but their entry level line is aimed at consumers, who buys solely based on price; expect those consumers to then not to shuck easystores, let alone buy vendor disks is disingenuous.

At least they provide the caddies and hopefully do not have software lockouts rejecting “unsupported” drives.
Supermicro is the same, while they would prefer I bought drives from them, they provide the caddies and there are no artificial limits preventing me from using any drive that has the correct interface.
HP, Dell and Lenovo are a bit worse - I need to buy caddies on ebay, which looks stupid - order the server from a distributor, it arrives quickly but now I’m stuck waiting for the caddies. At least the drives work with at most just some complaint from the controller about having an “unsupported” drive.
A Dell PowerVault that I have is much worse - it does not work with any “unsupported” drives, which makes it kind-of useless, though by now I could get the drives used on ebay.

Oh yes! They are overpriced even on the secondary market. And they of course don’t make ram, I think ADATA used to be their vendor, now someone else; they literally buy ram from the next door maker who has it cheapest that day, slap their sticker and suddenly it’s worth its weight in gold.

When I used Synology I would immediately remove ram from it, sell it on eBay and proceeds would cover 4x size of non-Synology memory, sometimes even branded. That was surreal.

I forgot about the memory soldered onto the mobo. I think I have to use CL19 sticks too, not CL15. That site recommends memory over 8GB to be DR, not SR. I will test and report what I find.

I made this short guide about SODIMM Synology memory. I didn’t test those models, but after a lot of searching and reading, I think they should work. And there are more models from different brands that should work. Feel free to add more recomendations.

Some older models of Diskstation don’t support add-on memory. The one included is soldered onto the motherboard and can’t be upgraded. Some newer models have 1 dimm soldered onto mobo and 1 slot for add-on dimm. Others come with 2 or more memory slots, one occupied and others free; you can install dimms in all slots, replacing the preinstalled one. You can also use 8 and 16GB in 2+4GB models. Intel CPU supported memory claims are misleading in many cases.
You must use memory with the same specs as original Synology one, including Ranking.
You will find Single Ranking mentioned as 1R or SR, and Dual Ranking as 2R or DR. Different ranking might work, but is better to stay on the safe side. There is no logic relation between Synology name and Ranking, because they use S01 and S02 for 1R and 2R differently, for different capacities, just to annoy customers.
Speed can be mentioned by different manufacturers in 2 ways, like: PC4-21300 or PC4-2666.
There are 3 manufacturers of memory chips: Samsung (the best), Micron (second best) and SK Hynix (third option). Some chinese manufacturers also poped up recently, but… let’s use what we are used too

. This top is based on performance and tuning/overclocking capabilities of the VRAM in video cards, especialy for mining purposes. For NAS RAM, the differences between the 3 manufacturers, I think, are insignificant, because no tuning is involved. As a special mention, Synology dosen’t make memory dimms. The OEM ones are just rebranded from other manufacturers, and they use chips from the above 3, and I’m pretty sure they choose the cheapest one (aka Hynix).
If you can’t find details about ranking, you can identify it visualy. The ECC version has 1 more chip per rank. Here are all the configs for DDR4.

Here are the Specs for OEM Synology SODIMM DDR4 and some replacements.
I included Arch memory just as refference, for specs and pictures, but I don’t endorse them in any way.
I also included Kingston because they show all the specs and is one of the top brands.
Crucial dosen’t offer ECC SODIMMS.

Synology DS220+ testing with:
-Kingston 16GB - KVR26S19D8/16
Results:
-1 of 2 dimms I bought is working perfectly in DS220+. Now I have 18GB of RAM and all in use, mostly for cache.
-the other one didn’t work in 2 identical machines as the first one; same hardware, software, settings. The DS dosen’t boot even after 30 minutes, even after 3 restarts. Blue led on power button is blinking, HDD dosen’t spin. I hope is just a DoA, because I realy want to use this DIMM model. I will receive 5 more and will see. 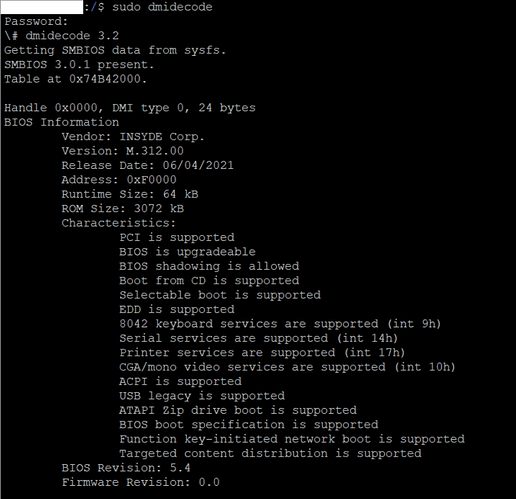 the other one didn’t work in 2 identical machines as the first one;

I have found very often the culprit was bad memory socket placement that required way too much force to insert the stick properly.

I haven’t used ds220 in person but the previous generations of the same product line (218, 918, all the other plastic ones) had socket access from inside the disk bays enclosure; applying proper amount of pressure while twisting fingers sideways was humanly impossible often resulting in incomplete insertion.

Maybe that was the case for you too, especially since the dimm worked in the other identical one.

Arch Memory is especialy made for Synology NASes,

It’s just arch who puts their sticker instead of Synology. Why not tap into the lucrative business of selling stickers for $60? It’s not specially made for anything of course. You meant “especially marketed to Synology users who will definitely overpay less under the guise of getting a discount compared to Synology markup”.

(Sorry, could not resist, can’t stand when companies take advantage of users like this)

Yes, I agree, but was too long to describe it… and I could’t still your shining time :)))
Just kidding. Thank you for your time and all the usefull insights.
Regarding the installation, I triple-checked the proper dimm insert in all 3 machines. Is not that. And the guiding and retention system dosen’t let much room for error. In one machine, I also removed the 4GB OEM one, and than reinstalled it, after the Kingston test. That is working, and no problem with insertion. I always removed both HDD trays aswell.

Edit: Yep, the unrecognised memory module was DOA. I bought 5 more and they work.

I removed that line about Arch Memory.
They seem very shady. Reading through their website, it seems like they try to hide stuff, no T&C, the smallest privacy policy I ever seen, women-owned small business !!! (who asked you), no access in store because “of the pandemic”…etc. Just a store front for some cheap chineese sticks with stickers on them. The “life-time” warranty is only valid for the original purchaser. So many red flags.