WD Elements Desktop 12TB - is it worth?

Hello. I’m looking for new hdd to my node. What do you think about this option with Raspberry Pi 4 4GB? It will be great for any help.

If the drive actually fills up with data then you would earn approximately $42 a month ($18 for storage and $24 for an estimated 1.2TB egress traffic) and the drive would pay for itself in just over 5 months.

However, this does not count the escrow period, nor does it take into account how long it will take the drive to fill to capacity.

The official advice of Storj is that you should not purchase new hardware to use on Storj. You are not guaranteed to make any money.

The Pi is more than capable of running a storage node.

It is a good choice as it has external power but it is slow and the pi4 can overwhelm its SMR management.
It absolutely can do 30Mb but I haven’t tested at higher ingress.

Is it really SMR? Do you have any evidence?

I don’t know if they all are but I think mine is.

You have similiar model? Which? 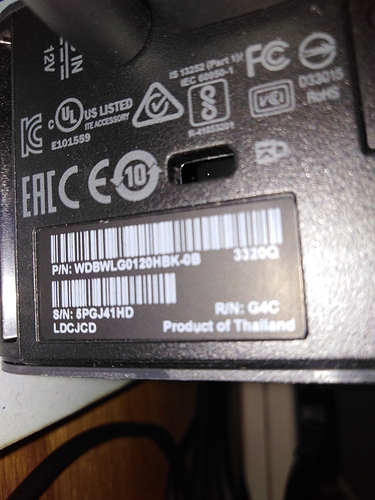 Hi. I have 2 nodes on a Pi4 also 4GB with a Seagate and an Elements (8TB). The Seagate is slowing down my system. The Elements is running smoothly which is why I will replace the Seagate with another Elements tomorrow.

So yes, I think you have a good choice

According to our other thread: PSA: Beware of HDD manufacturers submarining SMR technology in HDD's without any public mention
and the links within, this model should not be SMR but not being listed probably doesn’t mean it isn’t possible.

Based on infos I get on reddit from some people unboxing the thing, serie is WD120EMAZ, which is in the “White label” WD Red serie, but slower, in 5400rpm. 5400rpm could be slower than the 7200, but based on speed test, it doesn’t look so bad, but MTBF has 1 million hours (against 2,5 million hours for entreprise-grade series). Still, for the promotion you probably get, its probably a nice value, even if I won’t recommand the consumer-grade for reliability, and Storj won’t recommand buying anything for the nodes. 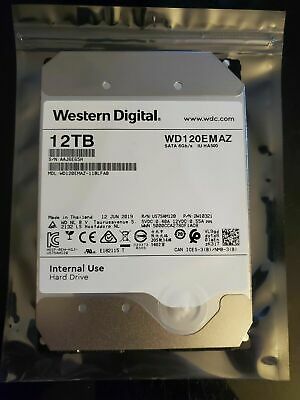 WD Elements Desktop are not designed for this kind of work and for a 24/7 usage, but for ponctual archiving of personal data. However, they have a more modern and reliable technology than the previous generations, so you can hope get the ROI on your value as said earlier.

Both of my nodes are running with RPi4’s (4GB versions) with WD Elements. One with a 10TB and the other with a 12TB. The 10TB node was formatted as NTFS with a windows laptop initially, and then after reading more about it, I formatted the 12TB HDD as ext4. They are both running like champs as far as I can tell for being the slower speed type HDDs (5400 rpm).

As I’m typing this, I’m seeing Floxit’s response, which is an accurate description of the drives. They’re not technically designed to be run 24/7 with high I/O, BUT they are working out well so far. The first node (been online since Aug 2019) has already paid for itself even without the esgrow payout, and the second, we shall see.

Either way, I’ve learned a lot and had a good time. So long story short, go for it.