I have now tried several times and I have the same issue with my synology docker node.

Hi @lenidope
Please can you post your new docker run command with the tcp and udp ports listed.

Hey @Stob
Thanks for your answer. My Command:

I have a test node on DSM 7 and QUIC works fine.
You need to set “rmem_max” when starting DSM, not in “docker run” 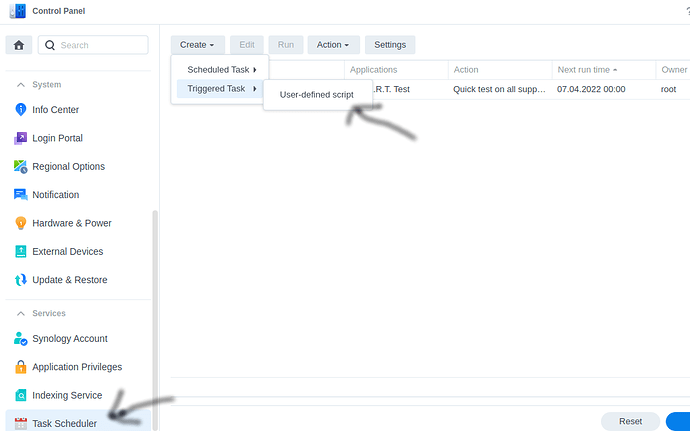 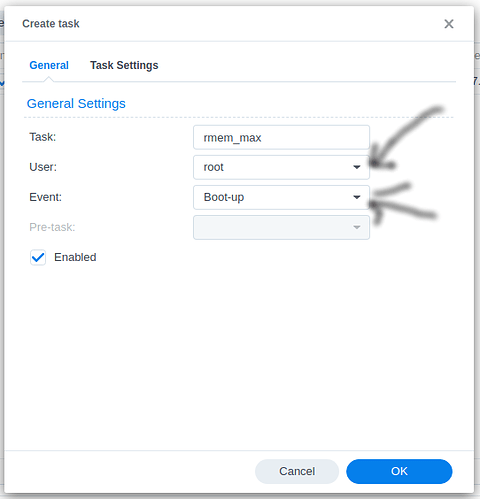 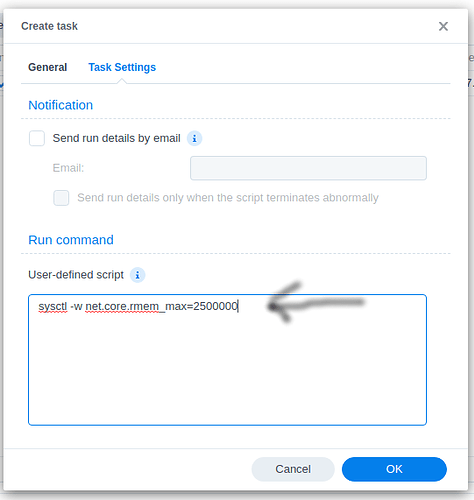 and restart DSM (your Synology)
and stop, rm, start your SN
without

You are GREAT! This works, thank you a lot!

You’re welcome, best regards
I am asking for one thing - when you know something - help others

4 posts were split to a new topic: Node on Synology is offline and has QUIC misconfigured

I have same issue with DSM 7 after last DSM update. Tried everything also with Alexey and guys but nothing helped. What this task do if I can ask?

QUIC is the preferred protocol the network communicates on. It’s a little faster with less overhead. But if it’s not available the communication with your node will fall back to TCP. It’ll function just fine using that fallback, but you might be slightly slower than other nodes, causing you to be part of long tail cancellation slightly more often. So far I haven’t really seen any indication that this makes a very big difference on the node end. It’s definitely better to have QUIC, but no reason to lose sleep over if it doesn’t work. (At least not for now)

This fixed QUIC issue for you?

I have similar issue but nothing help. Tried your scheduled task and reboot DSM but still same issue described in my thread:

Should I recreate nodes under docker as well?

Yes, it always worked, now I don’t have a node anymore (I now spend less on electricity than I earned)
Yes, the container must be started from the beginning, not just restarted

I have created scheduled task: 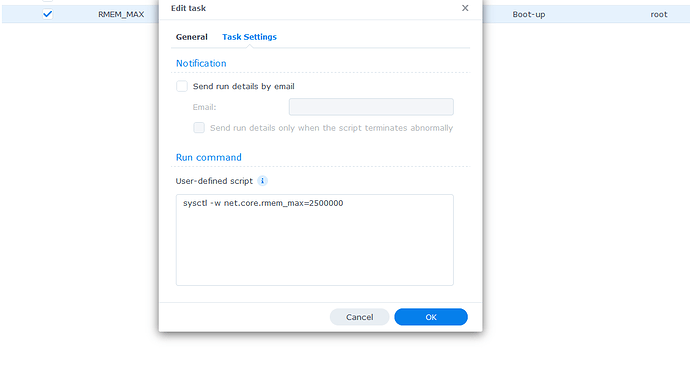 Removed NODE and created new one:

Unfortunately did not help:

Log in via SSH to your NAS and enter the command result:

This is how I have created every new node under Docker container:

Everything is fine …
and it doesn’t work …
maybe a firewall …

Firewal is disabled on my SYNOLOGY DSM.

From network point of view we have troubleshoot and tried everything as it is described here:

I have also changed wi-fi router, recreate many times nodes and strange is that before DSM update works QUIC properly also from SYNOLOGY - DOCKER nodes. Now only from W10 machines. Something scrubbed after that update.

This is error after fresh start of the NODE:

NODE is online and operates normally only QUIC is issue for some reason.

There are allowed both UDP and TCP on the router: 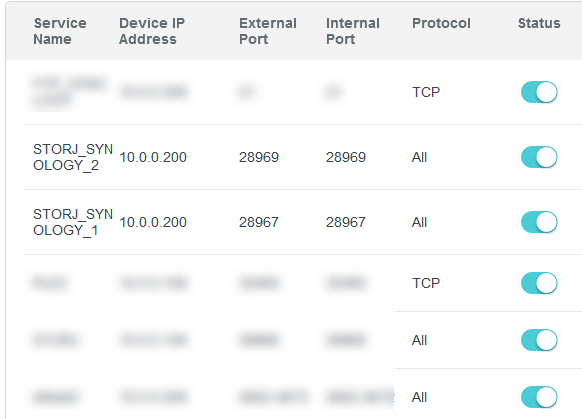 Contacted SYNOLOGY and DOCKER support but not relevant answers or no answers at all.

Log: this is exactly how it behaves when you connect via VPN where it only routes TCP

Node as VM Win10 on this Synology works fine? If yes then Docker is the suspect… maybe to check downgrading the Docker version will help…