Curious about the SSD cache. I’ve used it before without great performance gains. Are you doing 2 x SSD for read/write cache?

When using as write cache you have to configure the cache with two ssd. It looks like this in the Synology

I’ve done one before, just didn’t see any performance gains from it. I wonder if storj would take advantage of it…What’s your utilization on it?

1.26GB free now so I could probably upgrade too 2TB ssd. Storj is the small part of the use of this server so my numbers is probably not relevant for a Storj only setup.

Curious about the SSD cache. I’ve used it before without great performance gains. Are you doing 2 x SSD for read/write cache?

Yes, I am. In my experience it doesn’t help much if most of your use is remote. Although that might change with 10gbit like you’re using. (I’m on 3x1Gbit over LACP) However, stuff that runs locally on the NAS sees a significant boost. I’m also running some games from an iSCSI LUN on the NAS, it helps a bit there as well, but I recently added a local SSD cache to my game system to cache that so the cache on the NAS became kind of redundant there. This makes my game disk as large as I want but with anything I used recently at local NVMe SSD speeds.

I also skip continuous reads/writes as the array is fast enough to deal with those. So the SSD cache is only used for small reads and writes. For storj that helps with all the smaller db operations. I think it helps my node “win the race” more often. But with every storj optimization my advantage drops as other nodes catch up.

It would be great if someone that runes the synology NAS purely for StorJ could run a test and verify any factual performance improvements when a) SSD nvme cache is enabled and b) when disabled. and compare the results.

I’m exploring the idea of SSD nvme cache myself but would prefer to see some real result numbers of performance increase specifically just for StorJ operation.

I have done some tests myself, but this is based on older node versions. It doesn’t really help with the actual file transfers, since that is bottlenecked by network speeds anyway. Where it did help quite a bit at the time was with database operations on the info.db. Since those need to finish as well to complete a download or upload it did help some with beating other nodes to the finish line. However, since the advantage is not in the core operation of the node but the overhead for “book keeping”, that advantage is likely going to be reduced to negligible levels by storage node software optimization. And since I’ve tested a lot of improvement has already been made on this.

I can’t in good conscience recommend buying an SSD cache purely for Storj. Especially since the biggest advantage was in writes and that would require you to get at least 2 SSD’s in RAID1. It’s not going to be an investment you’ll likely ever break even on.

1.26GB free now so I could probably upgrade too 2TB ssd.

The SSD Cache will always fill up completely. Upgrading is only useful if you actually have 2TB worth of hot data. Otherwise your cache is just holding cold data until new data comes in that overwrites it. Synology actually has an SSD Cache Advisor tool in disk management that let you detect how much hot data your NAS holds. I highly doubt it’s anywhere near 2TB.

I’m using a Synology DS3617xs myself. Using the spare space I had doing nothing on that device. Much better to put it to use. 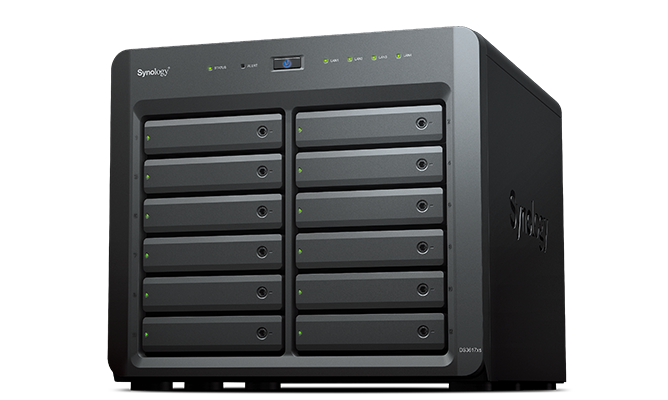 Right now I have an SHR2 (based on RAID6) array with 4x4TB and 4x8TB accelerated by a read/write SSD cache of 2x1TB SSD’s. Seeing some really nice performance on this in part thanks to the SSD cache. I wouldn’t have bought that just for storj, but since I had that already anyway, might as well put it to some good use.

Does the nvme SSD cache import anything for StorJ only?

I’m not sure what you mean by importing anything. It accelerates the entire array, so it works for everything on it including storj. We discuss it further here. Using SSD for cache on Synology NAS
Please respond there and keep this topic for sharing node setups.

I ran the SSD Cache Analyzer on my 2419 and came up with this.

Yeah, I’m not putting 4TB SSD’s in this thing.

Wow, you must have some heavy daily usage on that machine. I stand corrected.

It’s our Plex server as well as storj node so yeah there are huge files on it. I wish Synology made a 10Gb/m.2 card like QNAP does.

That explains, when plex scans your media library it touches all files, but only reads metadata. The analyzer gets confused about that and simply counts the entire file size as hot data even though a tiny fraction is actually being read. The SSD cache actually only caches the metadata, this is only an issue for the analyzer.

But if you only use it for plex and storj, the answer is simple. SSD cache will have absolutely no effect on media streaming. For Storj I would only add an SSD cache if you have unused SSD’s lying around. Otherwise it’s really not worth spending money on.

As for the size, since it mostly helps for db interactions any size SSD will be enough to get all the advantage out of it you will get for Storj.

I’ve got a few laying around, I might toss a 1TB I have just for a read cache and see what it does. Looks like I have 1 of every size available but not 2 that match.

Go with 2 anyway and make it read/write. In my experience the biggest advantage is in write caching. You’ll be wasting some space on the larger ssd, but I think it’ll be worth it. Especially if the alternative is having them catch dust.

or maybe you meant 10GB NVM SSD, my bad

I just got the new Synology E10M20-T1 card with 2 of their 480GB SSD M.2 drives for caching. Within 24 hours it’s at 99% capacity and screaming fast. At one point I tried to 960GB sata ssd drives but they very quickly burned up. Hopefully since these drives are meant for this they will last longer.

I highly recommend you turn on the “skip sequential I/O” option. This will significantly increase the lifetime of your SSD cache. Most arrays are plenty fast enough to handle sequential loads, often even faster than SSD’s will although that may no longer be true with NVMe SSD’s. Regardless you really don’t need the caching on sequential I/O in most scenarios and the protection of your SSD cache is worth it.

Unfortunately the card you mentioned doesn’t seem to be supported on my DS3617xs. But I for the life of me can’t figure out why it wouldn’t be. It has the same PCIe Gen3 x8 slot… For now my sata SSDs are holding up fine though, but I would love to at some point upgrade to such a card for both network and NVMe. I’ll drop Synology support a message.