I wanted to test the Multinode Dashboard Tech Preview, but I’m not a big fan of installing binaries (I know, it’s a Tech Preview).

So I have created an unofficial Docker image to run the Multinode Dashboard.

I have released the Dockerfile and additional scripts on this repository: 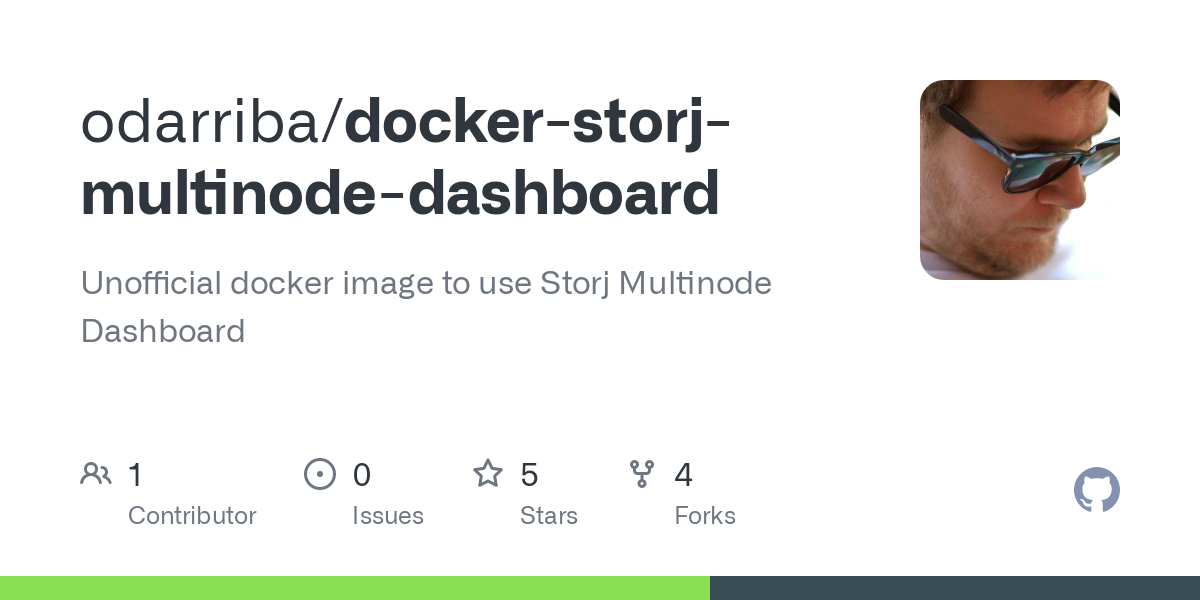 And I have pushed a built image on Docker Hub:
https://hub.docker.com/r/odarriba/storj-multinode-dashboard

However, if you are familiar with Docker I would encourage you to build it by yourself using the GitHub repository. I’m a third party and you should not trust any third party by default

Hope it helps anyone out there that make use of Docker-based environments.

I’m not sure if this forum category is ok, or even if Storj is fine with this kind of unofficial packages.

If there is any problem or it is required to add any legal notice about Storj trademarks, just let me know!

Thank you for contribution!

This is awesome, thanks!

i would think the image needs to be built for a particular platform, even tho it’s sort of virtualized it’s a container, so it will utilize the baremetal installed OS as a foundation to overlay the top layer container stuff … or whatever one wants to call it.

pretty sure if you build the image from github as suggested, then it should work.

Yes, I figured it didn’t work, I reported my experience. Unfortunately, I don’t know enough about programming to do it myself

Thanks everyone for your comments!

Awesome, just added to the README. Thanks!

I have just pushed the image for amd64, armv7 and armv8.
You can test it docker a docker pull command first (or removing the image on your system before starting the container again).

I have no ARM device near me right now, if you can try it and post the result it would be awesome!

If there is someone interested in look how this cross build was archieved, it is using docker buildx and can be found on this commit

Also, I was previously leaving the zip files. Now they are removed and now the image is ~25 MiB in size.

You can use the Multi stage build to avoid removing garbage.

I made a PR for adding an official image here:

Based on the github issue made here:

Hello, I would be happy if you could create a Docker image of the Multinode Das…hboard. I know it is currently in tech preview and there are binaries. I would like to help and test it, but for me it would be more convenient to use Docker. Thank you very much.

The image is live! You can follow the steps here:

Works great, thanks for adding this! Makes it a lot easier to run this on Synology without getting in trouble with DSM updates.