Setting up second machine with storj on same network

Hi Storj people. i managed to get one computer i have sharing with windows user interface v3 ver v1.1.1 . I am now stuck on my second machine with node offline. I tried using port 28968 for the second machine but it wont open. can i use one port for two computers ? any suggestions are much appreciated.

If this make sense…

U can not use one Port for two Computers(If U are behind a Nat Router as i assume), U have to use a different Port on one of them

Ok, those two responses seem to contradict each other, yet they are both correct.

When the outside world is trying to reach a specific node, it basically has to go through a few steps. I’m going to include docker in case you want to use it on the other system or in case someone else with a docker setup has the same question.

Since all the ports are the same, you can just use that port everywhere. This makes the settings easier. However, there are several places where you can adjust ports and forward ports to other ports. That will become relevant in multi-node setups

In a multi-machine setup for example, it could look like this.

Only use this setup if you want to share multiple HDD’s on a single machine. There is no use in running multiple nodes on the same HDD or array.
In a single-machine setup with multiple nodes, it could look like this.

In this setup your router forwards both ports to the same machine without changing them. That machine than has to deal with port 28968 for node2. There are 2 options.

For the second node in multi-node setups, this translates to the following settings in config.yaml:

Note: For docker setups, this value is set through the -e ADDRESS="yourddns.domain.com:28967" parameter in the run command.

The ports that the node machine receives traffic on and docker expects traffic on no longer match, so it doesn’t go through.

Changing the port your node listens to while also translating ports

Using the same port on the same machine for multiple nodes

Different nodes always need to use different ports. Traffic can’t go through one port and then be split up again. This is why when you use a single machine, you can’t have your router forward both port 28967 and 28968 to 28967 on the same machine, but you can use the same port on multiple machine setups. The same goes for containers with docker setups. Multiple nodes can all listen to port 28967 as long as they are in multiple containers.

Mistakes usually consist of anything that breaks this chain. It’s important that in every step, the port that traffic is being sent to is also the port the next element in the chain is listening to. This can be complicated even more if people run multiple NAT setups and when firewalls get in the way. But that’s out of scope for this post.

Whoops, I ended up writing a more documentation style post. Hope it helps though.

Thank you brightsilence i will keep working to share more storage and update my progress. *pulls out all old machines and drives.

Thank you. This is exactly the detailed explanation needed. 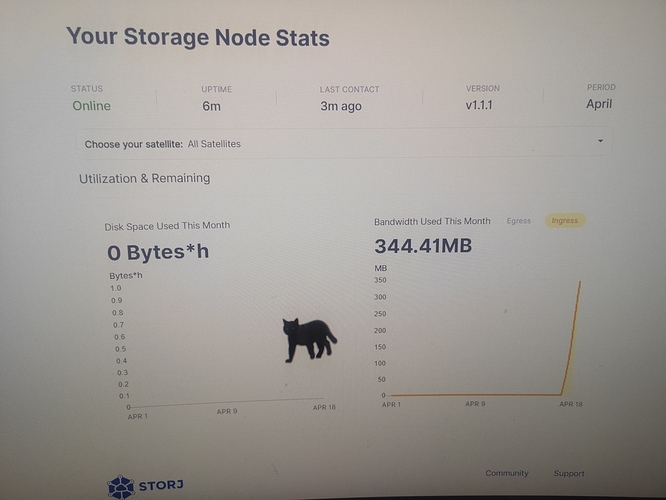 If you have any specific questions, please ask. Glad to see you got the node online though!

Hello,
Thx for your tuto to extend capacity of a machine.
I think it is useful to extend a node when disk is full to reward the bandwidth. Routing to containers on a single machine is quite straightforward, I still have to questions :

Hello @Bob,
Welcome to the forum!
Absolutely yes, you must create an own identity for every node.
Running two nodes with the same identity is a fastest way to be disqualified within a hour.

The standard dashboard can show only one node’s stat
Each node should listen on own port for dashboard, so you will be able to open each dashboard independently.

Thanks @Alexey for your answer,
worked fine for me 2 ; two nodes on the same machine …
after requesting a 2nd authorization token!
All the best

I’m hoping to use the windows gui version to run on multiple computers inside my network. Is there a way to tell it to listen to a different port?

Hello @bishop ,
Welcome to the forum!

Please, take a look on this article: How to add an additional drive? - Node Operator