I also have a HP Microserver I will add another drive to specifically for storj once the 2TB fills.

Nice little “commandcenter” you have here

Oh, that’s nothing. Most of my real hardware is back in Aus and in storage. I’ve been working overseas since 2007 in various countries. I have an Alphaserver ES45, Integrity RX44xx something or other, Vaxstation 4000/90 and two DS10’s, something PA-RISC as well plus some Imac’s a G5 Power Mac and some Dell Precision’s as well. my rack from about 15 years ago. and no that wasn’t all what I had then either! lol. 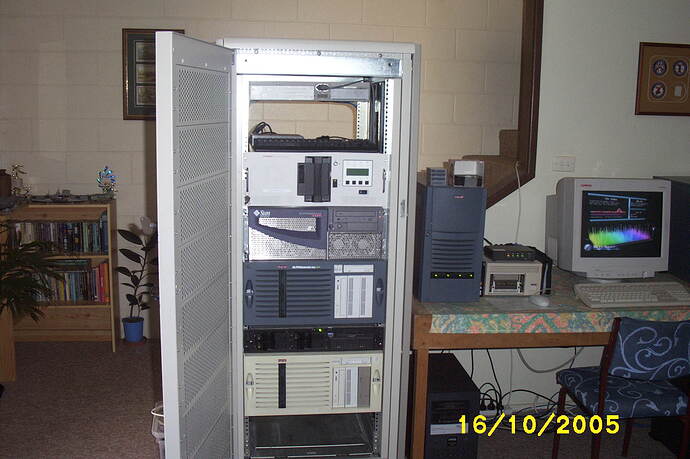 and my rack I had back in 2007/8 when I was working in the Middle East. You will notice some of the bits moved. 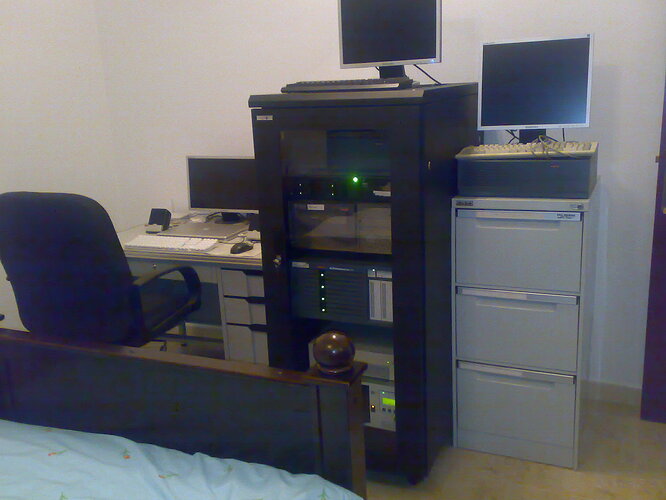 My problem is Australia Post has basically stopped shipping anything with a battery internationally. So getting my hardware here is going to be bloody expensive.

you don’t send big stuff by regular postage, you sent it by freight on a pallet and paying by the tonnage basically.

ofc there are certain caveats with that, like more risky, more possible vibrations and such… but if correctly packaged, just keep in mind the hdd’s maybe the biggest factor… i’m not recommending sending it like that… just saying that is usually how one would ship heavy / big stuff.

not sure about the batteries…

Running SETI@Home as well, I notice. I think I started crunching S@H data around 1997… Them were the days…

Yeah and I ran distributed.net as well at one point.

“you don’t send big stuff by regular postage, you sent it by freight on a pallet and paying by the tonnage basically.”

So, the thing is I am currently in Russia. (My wife is Russian) and Russia has significant import fees if you bring stuff in by freight. Sure, i can’t send something like an ES45 by post but I sure can send a DS10 or some of my smaller Sun boxes. Sending by post tends to avoid the import fees unless a large volume of stuff arrives at one time. So even though the cost per kilo is higher by post saving the import fees makes a significant difference plus of course it is faster than sea freight. What I’d like to be able to do is send all the smaller things by post and save the freight for the big stuff like the ES45. 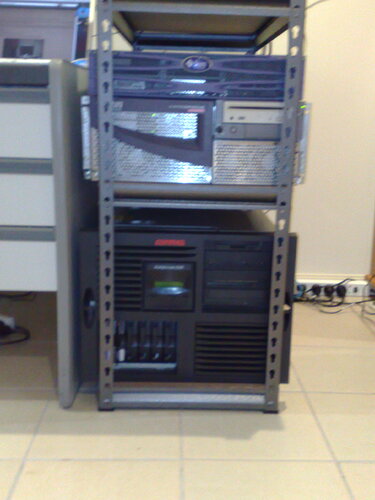 and all nicely racked up when I was back in Aus for a few months before heading off to Montreal for 3 years. 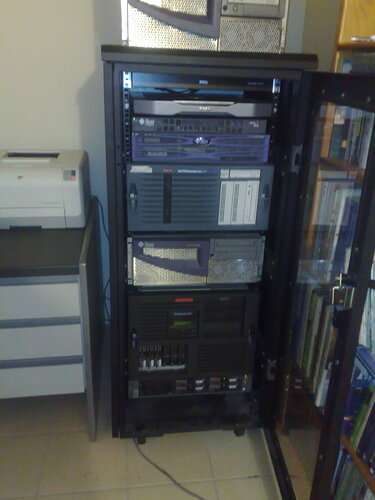 i can say with certainty I would not have had my career without my home hardware.
i was hired by a large corporate industrial site specifically because I knew the hardware they were using because I had it at home. At one point I hauled one of my larger systems into their computer room to test and redesign their DR procedures for the Process Control System. Having the hardware literally enabled me to test it completely without taking production down at all and without risk. 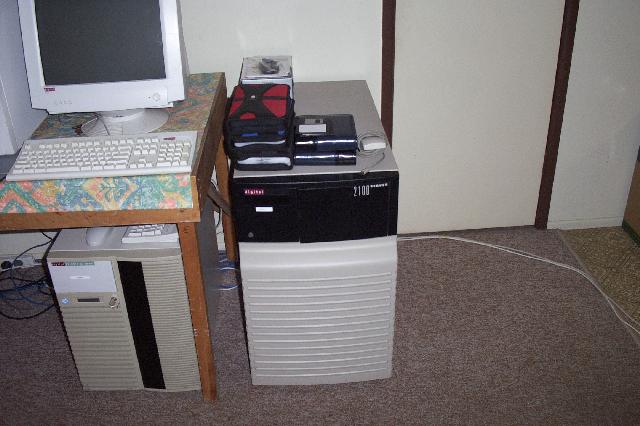 That was this box. An Alphaserver 2100. Running OpenVMS. Besides, it’s a tax deduction in Aus if you do it right.

From that job I went on to design and build other industrial sites.

My last Project had a Cisco budget of about 1.5 million USD and about 2 million in fiber.

10 posts were split to a new topic: Import fees for hardware in covid epoch

*Edit 2: Ended up replacing my router and 2x 16-port unmanaged switches with a UDM Pro and USW-24-Pro, and then added a patch panel for the distributed wiring around the house along with the network cables going to the hardware on the shelving unit. Did that a week or so ago. Then just today I took the 7 rpis and 5 ssds I had on the little monitor stands and put them into this GeekPi 12-layer cluster case to better organize all of those little guys.

Edit 1: Replaced pictures after putting the finishing touches on the shelving unit (including, inserting standoffs into the trays to hold the RPis and attached SSDs on their side, and moving the power strips to the sides of the shelfs) and new rig running Nodes 5 and 6.

Here’s a quick updated picture of everything set up in a new location. 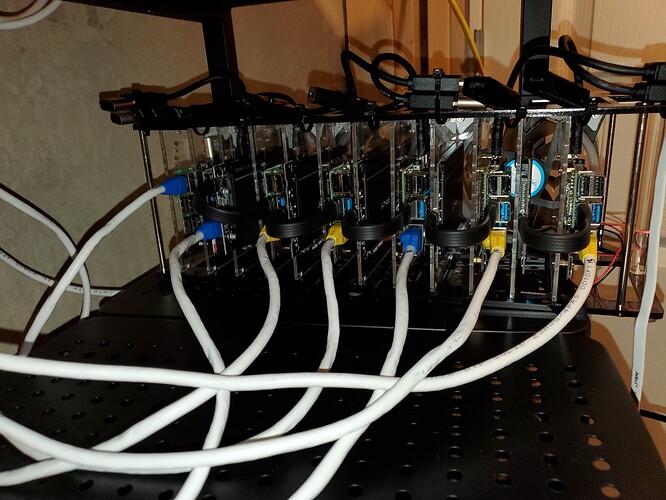 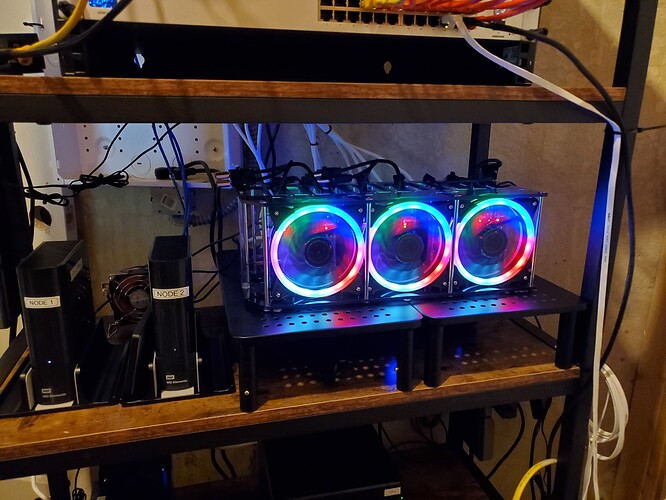 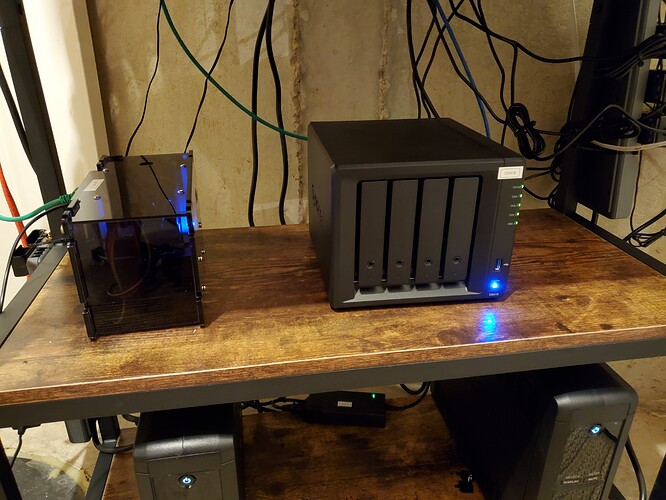 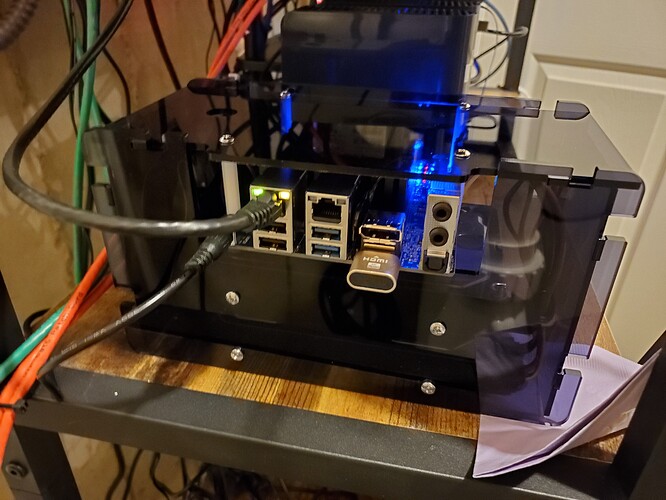 Six nodes at the moment, running on the following setups:

I have a few other pis there in the cluser case, a RPi4 (4GB) that I run a NEBL staking node, a RPi4 (8GB) that I currently use for promethus/grafana for my 3 Storj nodes, but also as a “seeding” machine for new nodes, and then also a spare RPi4 (4GB) and a spare RPi3 that aren’t currently doing anything.

Almost all of this stuff used to be in my office, and I decided that it was time to move it somewhere else, and that somewhere else is my basement utility closet (notice the sewer well next to the shelf). Biggest reason was to get rid of all of the noise pollution of the constant HDD clicking and fan noise. I’m pretty happy with how the shelving turned out, plus have some room to spare for future expansion. Although, I will say that my office is weirdly quiet now…almost too quiet. 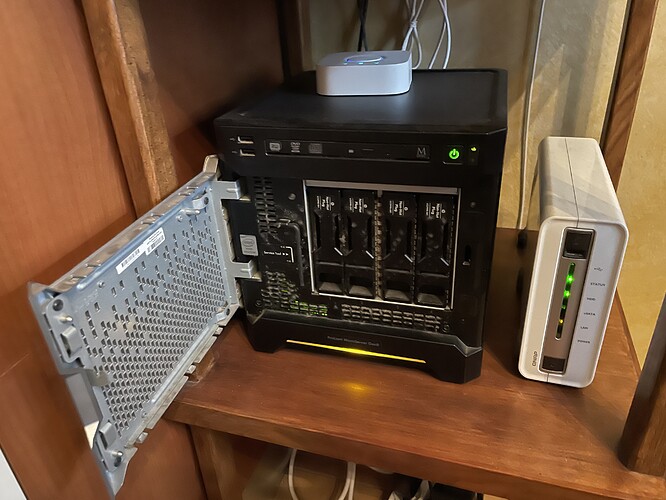 Ah a Gen8 Microserver, still have one staying around, its a nice piece of HW. For now i try to sell it, and also find another project for it ^^ Depends what happens first.

Looks like a nice piece of hardware, have to think about buying one

Does normal ubuntu work well on it?

I run Linux Mint on my N54L Microserver. I had some issues getting the soft raid working initially but it’s been rock solid since the day i bought it apart from one drive failure.

Still working great! In fact, I am upgrading my plex serves drives shortly, and will have 3 more 4TB drives. I will setup another 3 nodes using the hc2’s when I do so.